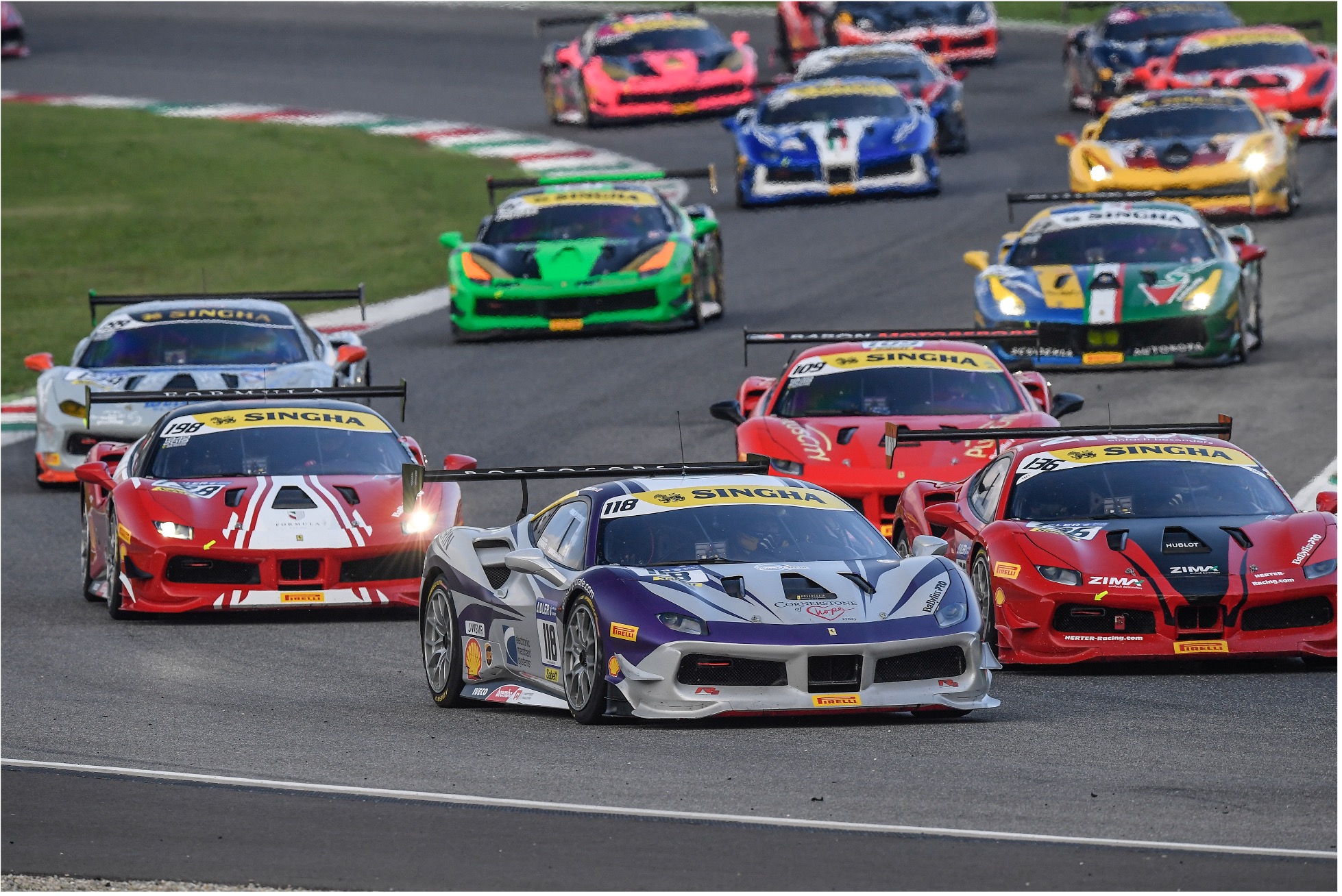 EMS Race Team will return to the track for the first time since September of 2020 when they arrive in Italy later this month. From April 10-11, driver James Weiland and his crew from Ferrari of San Francisco, R3 Motorsports and Rossocorsa will compete at the Autodromo Monza  (aka the Temple of Speed). The green flag comes six months after EMS last competed in a Ferrari Challenge event.

“We’re excited and grateful to be back on the track doing what we love to do,” Weiland said of the upcoming trip to Italy. “It’s a credit to everyone who helped put this race weekend together. We’ll do our best to take advantage of the opportunity.”

The Autodromo Nazionale di Monza is located north of Milan, Italy near the city of Monza. The historic track was first opened for competitive racing in 1922. Since then, it has gone on to host the Formula 1 Italian Grand Prix every year. One of the many features of the track that must be handled with care is the Curva Grande. This high-speed curve is located after the Variante del Rettifilo which is positioned at the end of the front straight—the part of the course that sees the highest speed.

“We will be racing to raise awareness for PETA Cruelty Free, Coach Sam’s Scholars and Cornerstone of Hope during the trip to Monza and throughout this season,” Weiland added. “Anything anyone can do to support their efforts and others like them doing great work in our communities is always welcomed.”

Last season, at Circuit de Barcelona-Catalunya, Weiland and ERIN the Electronic Merchant Systems Ferrari 488 Challenge Evo secured a pole position during the Ferrari Races in July and went on to earn P1 in Spain. Later, at Spa in Belgium, EMS also earned a pair of podium finishes. But ERIN was obviously only able to race twice in 2020, leading to much anticipation for all involved in the upcoming trip to Monza.

In 2019, EMS Race Team earned victories in Bahrain, France, Germany and Italy. The team earned 10 podium finishes throughout the year overall, after reaching the podium seven times in 2018. One of those trips to the podium in ’18 for Weiland included a P2 finish at Monza. The following year at the Ferrari World Finals in Mugello, EMS Race Team earned the title of Ferrari Challenge World Champion.