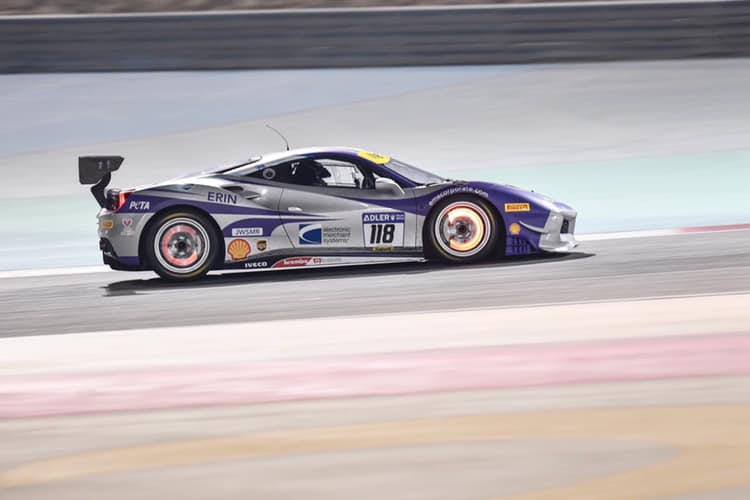 EMS Race Team travels to Italy this week for the Ferrari Challenge World Finals on October 24-27 at the Mugello Circuit. The Finali Mondiali event will mark the 10th different country that EMS Race Team will compete in this season. With victories at Bahrain, Le Mans and Nürburgring, driver James Weiland and his team from Boardwalk Ferrari / Ferrari of San Francisco will look to add to their 2019 total of seven podium finishes overall. While competing against the best Ferrari Challenge drivers in the world, Weiland and his team know they will need to be on top of their game in order to eclipse their season total of seven podiums from a year ago.

“The Ferrari Challenge World Finals are always a special event that we look forward to every year,” Weiland said. “Mugello is a circuit that we’ve raced before and we’re excited for the opportunity to do so again. We tested there last week and ERIN ran great so hopefully that continues for us throughout the weekend.”

The 2018 Ferrari Challenge was also in Italy but held at the Autodromo Nazionale di Monza. EMS Race Team earned a second-place finish at Monza to close out the season a year ago. At the 2017 event, EMS Race Team earned a sixth-place finish while racing at Mugello. The 2016 Finali Mondiali was held at Daytona International Speedway in Florida where Weiland and company secured the North American Ferrari Challenge season championship.

“We’re especially excited about racing to raise awareness for PETA Cruelty Free, Coach Sam’s Inner Circle Foundation and Cornerstone of Hope on the world stage in Italy,” Weiland added. “There’s always so many drivers and fans in attendance at the World Finals throughout the week and our goal is to make each of those foundations we race on behalf of proud of our effort. If we can accomplish that much we’ll be happy with the results.”

Road races were first held on public streets around Mugello in Italy during the early 1920s. The present-day closed Mugello Circuit was constructed in 1973 and opened in 1974, just east of the original road circuit. Measuring 5,245 km in length, the Mugello Circuit stands out from other fast tracks thanks to the drastic elevation changes and the high-speed chicanes. The main straight, at 1.141 km, is followed by a blind rise into the tight turn one, San Donato, where speeds drop quickly. The front straight is the fastest part of the track, with the rest an exciting mixture of quick direction changes and long corners without any tight hairpins or stop-and-go sections to break up the flow.