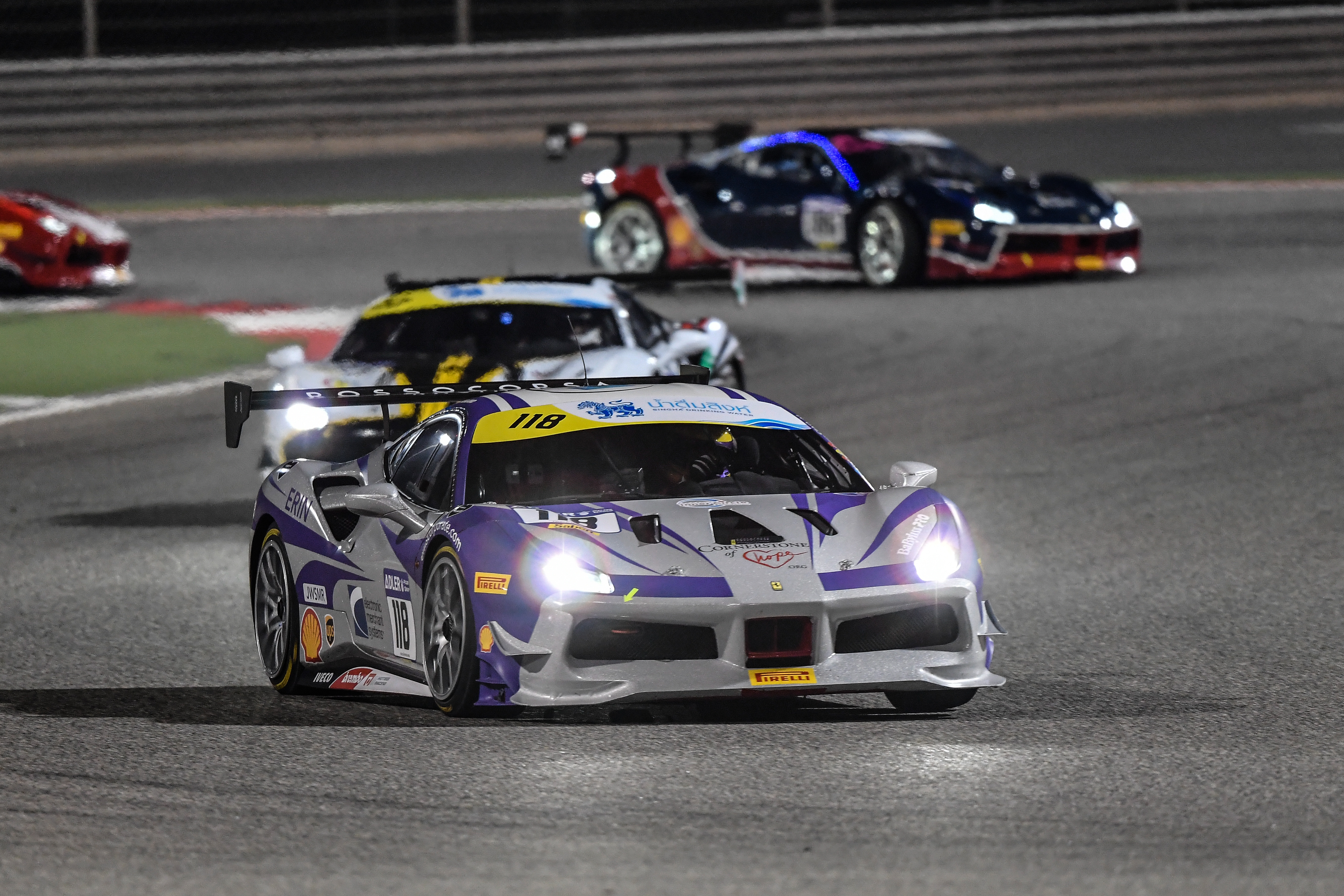 Following a victory in the Middle East at the Bahrain International Circuit to begin the 2019 season, EMS Race Team now returns to the United States for the Ferrari Challenge at Circuit of the Americas. The weekend-long racing event at the world-class track in Austin, Texas will be held on March 8-10. Driver James Weiland and his crew from Boardwalk Ferrari/Ferrari of San Francisco will look to build on the momentum from Bahrain while working toward another podium finish at COTA. Along the way, the team will continue racing to raise awareness for PETA Cruelty Free, Coach Sam’s Inner Circle and Cornerstone of Hope by dedicating the trip to those three causes.

“We’re always excited to get a chance to compete at Circuit of the Americas,” Weiland said. “It’s a great track that we’ve been coming to for years and hopefully we can perform our best as a team while we’re there. This weekend we’ll be renting a car that will be named ERIN and I know our team will do everything in their power have her ready to race when it matters most.”

During last year’s Ferrari Challenge at COTA, EMS Race Team was met with some adversity in the form of engine trouble which contributed to P4 and P9 finishes. In 2017, Weiland and company competed in the Pirelli World Challenge at COTA and secured a victory. Prior to that, EMS earned a pair of victories during the 2016 Ferrari Challenge at Circuit of the Americas which helped propel them to the season championship. This year EMS Race Team hopes to leverage that past success and add another trophy from Austin to the trophy case.

“Being familiar with a track certainly helps when you’re racing,” Weiland added. “But you still have to compete against a talented field of drivers who are also familiar with the track. So our focus each time out as a team is just to do our job to the best of our ability and get better with every race. If we accomplish that much we’ll give ourselves a chance to get PETA Cruelty Free, Coach Sam’s Inner Circle and Cornerstone of Hope up onto the podium.”