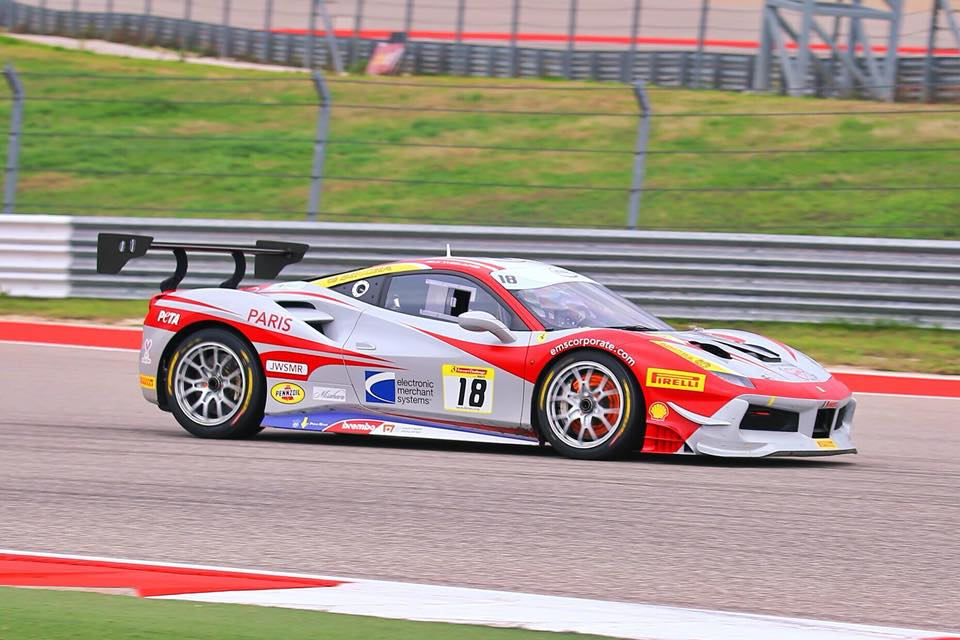 After earning a podium finish in Australia for the second-straight year, EMS Race Team will now travel to Malaysia for the Ferrari Challenge at the Sepang International Circuit on April 19-21. This will mark the first time that driver James Weiland and the crew from Ferrari of San Francisco will compete at a Ferrari Challenge event in Malaysia. It will also mark the fourth racing event of the 2019 season for EMS following stops in Bahrain, Texas and Australia.

EMS Race Team will enter the weekend at Sepang with the goal of raising awareness for PETA Cruelty Free, Coach Sam’s Inner Circle Foundation and Cornerstone of Hope. In Malaysia, Weiland will be racing PARIS the ems+ Ferrari 488 Challenge trimmed in red on a track that they tested at earlier this year. The circuit is located in Sepang, Selangor, Malaysia which is approximately 28 miles south of Kuala Lumpur. Sepang officially opened for racing in March of 1999 and went on to host the Formula One Malaysian Grand Prix from 1999-2017. With a length of 5.543 km, the circuit features 15 turns and 8 straights along with ample opportunities for overtaking.

“We’re excited to be racing in Malaysia for the first time,” Weiland said. “We tested here in January and Sepang is definitely a fun and fast track to drive. We know it’s always tough competing against the talented drivers in the Asia Pacific Ferrari Challenge series, but if we do our best as a team throughout the weekend we’ll be able to live with the results.”

Once again on the international stage, EMS Race Team will do their best to help promote the efforts of the three causes they hold dear to their hearts. People for the Ethical Treatment of Animals (PETA) is the largest animal rights organization in the world, with more than three million members and supporters. Products proudly displaying the bunny logo are cruelty-free, meaning that they were produced without testing on animals. Coach Sam’s Inner Circle Foundation’s mission is to provide educational support to at risk children through a combination of literacy, personal development and health and fitness programs designed to develop the whole child. Cornerstone of Hope, meanwhile, is dedicated to providing support, education, and hope for the grieving. Each mission will be featured on Weiland’s car throughout the trip to Sepang.

“It’s always great for us to be able to go somewhere we’ve never been and help raise awareness for PETA, Coach Sam’s and Cornerstone,” Weiland added. “Hopefully we can have some success and get each one of them up onto the podium in a new country for the first time.”