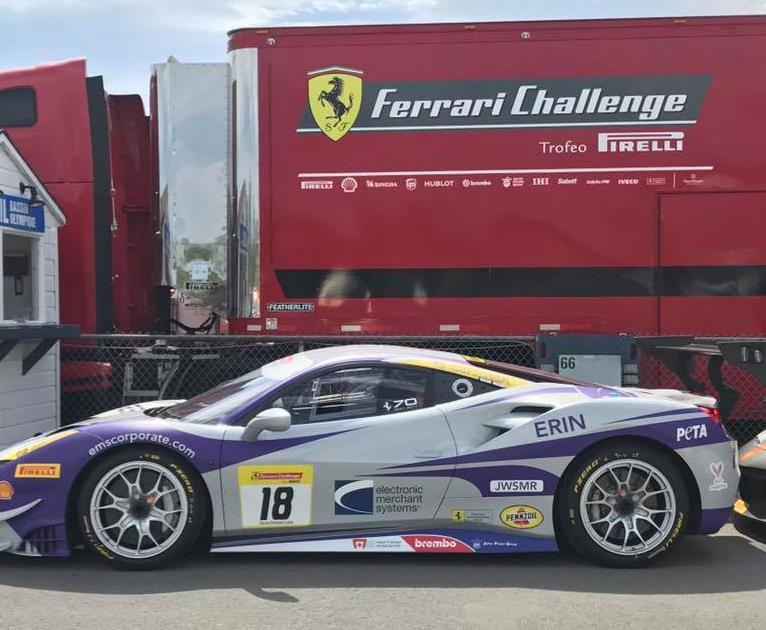 EMS Race Team to Compete at the Hungaroring Circuit in Budapest, Hungary

EMS Race Team travels next to the Hungaroring Circuit to compete in the Budapest, Hungary Ferrari Challenge on June 23-25. This follows a recent trip to the Circuit Gilles Villeneuve in Montreal during F1 weekend, along with an opening event at Laguna Seca in California. Erin, the ems+ Ferrari 488 Challenge, will race for her first time overseas during the Budapest event, as well as the fourth and fifth times overall. It’s a point in the young season when driver James Weiland and the Boardwalk Ferrari crew have had a chance to start to learn and grow with their new racecar.

“There is certainly a feeling out or learning process when you’re adjusting to a new car,” Weiland said of the Ferrari 488 Challenge model that was introduced this season. “But we’ve raced Erin a few times now and after Montreal, we’re becoming more and more comfortable with her as a team. Hopefully we can carry that momentum overseas when we race in Budapest.”

The Hungaroring is a motorsport track in Mogyoród, Hungary where the Formula One Hungarian Grand Prix is held. In 1986, the world-famous track opened and became the location of the first Formula One Grand Prix held behind the Iron Curtain. Legendary drivers like Ayrton Senna, Michael Schumacher, Lewis Hamilton and Fernando Alonso have all won at the Hungaroring stadium that holds 70,000 racing fans. But the 2.72-mile track with 14 turns is certainly not without its challenges. The twisty and bumpy track makes it difficult to pass, putting qualifying and starting fast at a premium.

“We’re excited to compete at the Hungaroring Circuit and experience the culture of Hungary during race weekend,” Weiland added. “We’ll be staying in Budapest and we’re looking forward to meeting people and sight-seeing when we’re not racing. But we’re also excited to get onto the track and compete with these phenomenal Ferrari Challenge drivers from all over the world. That’s how we get better as a team, so we’re going to put forth our best effort while spreading the word for Cornerstone of Hope, Coach Sam’s Inner Circle Foundation and PETA Cruelty Free.”

PETA announced a major victory recently that will surely help to inspire EMS Race Team in Budapest. After spending 50+ years chained near popular tourist spots in India, Gajraj the elephant was rescued. Gajraj’s treatment sparked a global #FreeGajraj campaign led by PETA India and its international affiliates. The elephant is now on his way now to the Elephant Conservation and Care Centre (ECCC) in Mathura to receive vital veterinary treatment and begin his integration into the company of fellow elephants after all these years alone following the rescue.

For more on Cornerstone of Hope, Coach Sam’s Inner Circle Foundation and PETA Cruelty Free check out their websites. For behind the scenes coverage of the Ferrari Challenge in Budapest, Hungary visit EMS Race Team on Facebook, Twitter and Instagram.