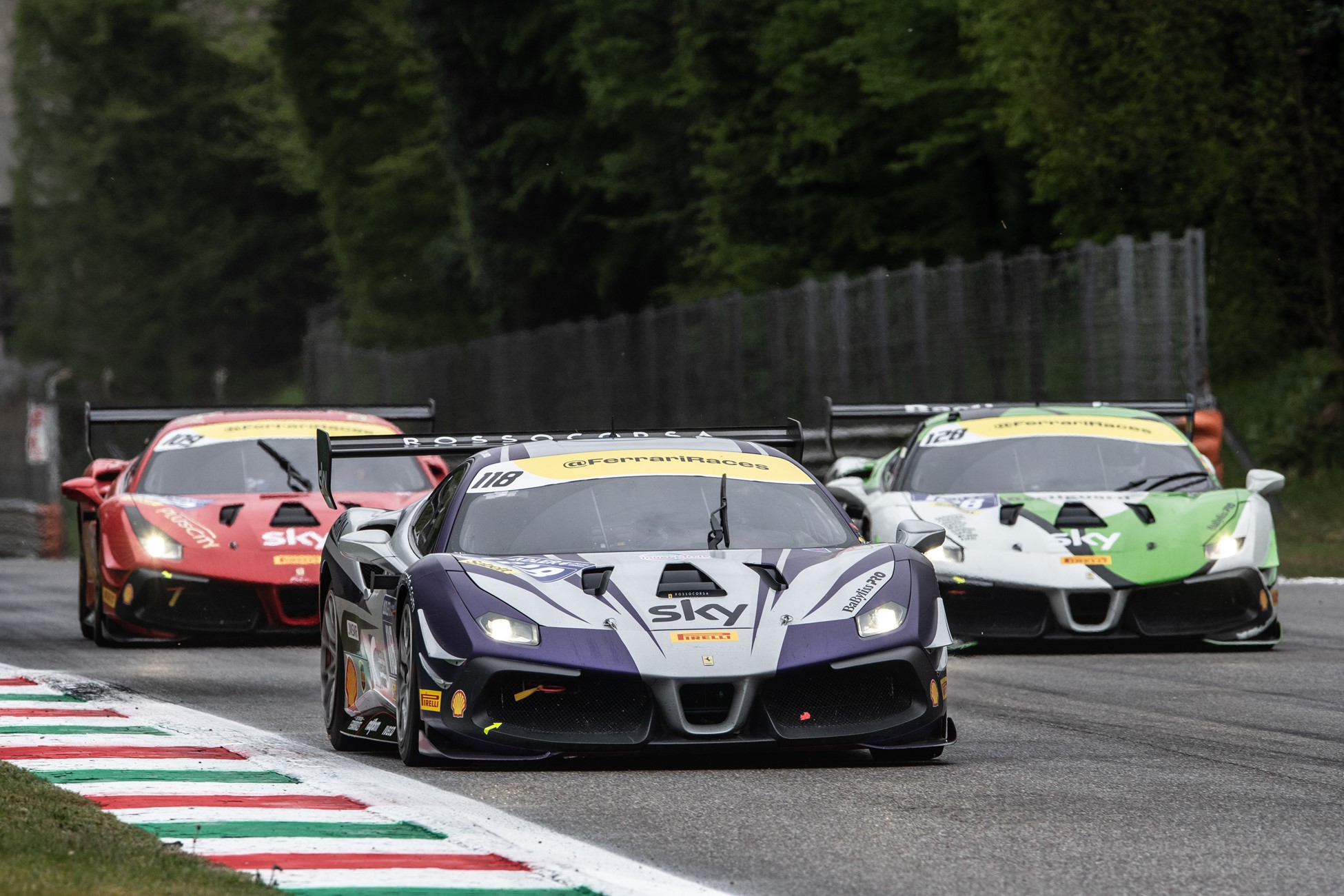 EMS Race Team from Cleveland, Ohio earned second place in the 2021 Ferrari Challenge European Championship. The P2 finish for James Weiland is also believed to be the highest-ever for an American driver since the racing series began. Weiland—who won the North American Trofeo Pirelli ProAm title in 2016—entered the Finali Mondiali in Mugello, Italy this past weekend tied for the overall Coppa Shell lead. Unfortunately, he and his team from Rossocorsa, R3 Motorsports and Ferrari of San Francisco would not be afforded an opportunity to capitalize. On Saturday, a competitor’s car spun out on the track early in the race and came bearing down on ERIN the Electronic Merchant Systems Ferrari 488 Challenge Evo who had nowhere go to avoid the collision. While the driver was thankfully not injured in the crash, the impact resulted in severe damage to the car and frame and the championship bid was ended prematurely.

Race over. Weekend over. Guy spun and came down the track and we couldn’t avoid him as we had nowhere to go. Car totaled. No World Championship race tomorrow. We get a trophy for 2nd place in the European Championship tonight. Not a profitable weekend that’s for sure. pic.twitter.com/GC3bAqYEb4

While the 2021 campaign did not ultimately end the way EMS had hoped, it was a memorable and successful season of racing nonetheless. Throughout the calendar year, Weiland and his team earned 11 podiums in 14 races along with three victories while competing at the most famous racing venues in Europe. They opened with P1 and P2 finishes in Italy at Monza before adding double-podiums at the Red Bull Ring in Austria and then at Brno in the Czech Republic. Weiland captured a podium at Valencia in Spain after that, before two victories in Germany at Nürburgring. The regular season concluded with a 10th podium at Spa in Belgium before securing the 11th of the year in Italy this past weekend at Mugello on Friday. These accomplishments were all achieved while racing to help raise awareness for PETA Cruelty Free, Coach Sam’s Inner Circle and Cornerstone of Hope.

“It was a great year overall and we really appreciate the support we received from everyone who followed along and encouraged us throughout the season,” Weiland said. “To be able to help raise awareness for PETA, Coach Sam’s and Cornerstone while competing throughout Europe is something that we’re really grateful for and look forward to doing again next year. Big thanks to Ferrari of San Francisco, R3 Motorsports, Rossocorsa, Conrad Grunewald, David Cameron and Ray Banda for all their hard work and dedication throughout the year.”

People for the Ethical Treatment of Animals (PETA) is the largest animal rights organization in the world, with more than three million members and supporters. Products proudly displaying the bunny logo are cruelty-free, meaning that they were produced without testing on animals. Coach Sam’s Scholars’ mission is to provide educational support to at risk children through a combination of literacy, personal development and health and fitness programs designed to develop the whole child. Cornerstone of Hope, meanwhile, is dedicated to providing support, education, and hope for the grieving. Each mission was featured on EMS Race Team’s Ferrari Challenge car throughout the year.