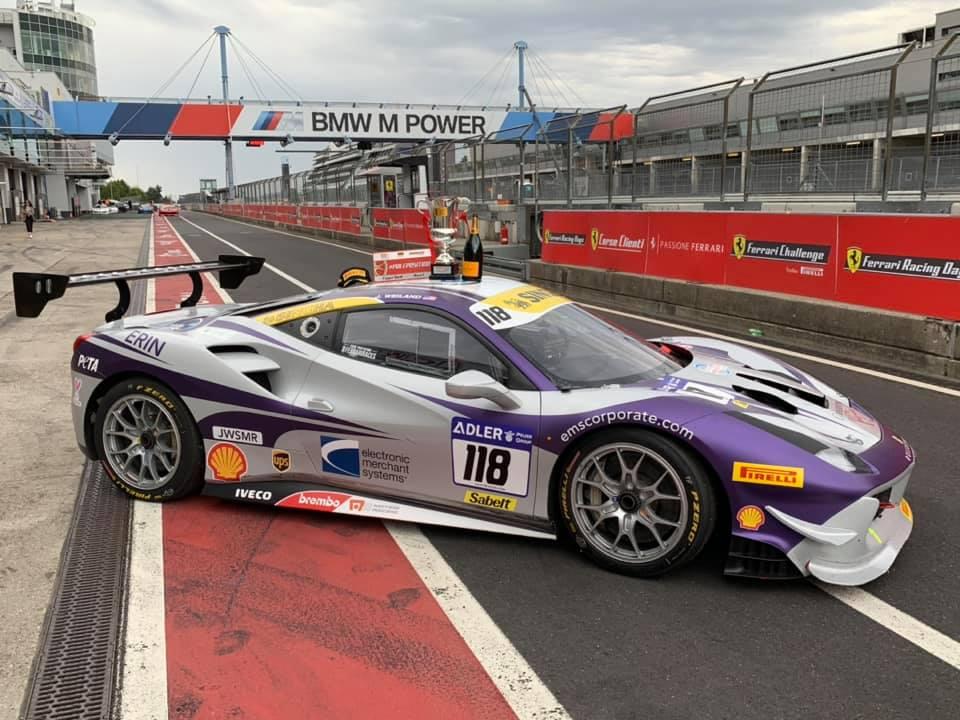 “James Weiland continued the splendid run of form that began at Le Mans with a win in Race 1,” Ferrari.com wrote. “Weiland triumphed with brilliant and effective race pace management. The Rossocorsa driver set himself up for victory in the early stages when, after a good start, he established a small but significant margin over his rivals, whose challenges he easily held off at various points in the race.”

The Ferrari of San Francisco / Boardwalk Ferrari team helped put Weiland and ERIN in position for the victory by setting her up to run like the wind during qualifying. ERIN earned pole position for Race 1 before not only winning the race but also securing the fastest lap. As a result of a success penalty from winning the first race of the weekend, EMS was gridded 11th for Race 2. ERIN got out to a great start once again before two cars collided next to her and spun out creating contact that ended her day. But that wasn’t before Weiland and company were able to grace the top step of the podium during the trip.

“That’s two hat tricks in a row for ERIN,” Weiland said of earning pole position, fastest lap and the victory at both Le Mans and the Nürburgring. “Big thanks to Conrad Grunewald, Travis Low, Dave Cameron, Ray Banda and everyone at R3 Motorsports along with the entire Rossocorsa team. Everyone contributed to this victory and I can’t be more proud of their effort.”

EMS Race Team dedicated the win in Germany to PETA Cruelty Free, Coach Sam’s Inner Circle Foundation and Cornerstone of Hope. People for the Ethical Treatment of Animals (PETA) is the largest animal rights organization in the world. Products proudly displaying the bunny logo are cruelty-free, meaning that they were produced without testing on animals. Coach Sam’s Inner Circle Foundation is driven by a mission to provide educational support to at risk children through a combination of literacy, personal development and health and fitness programs designed to develop the whole child. Cornerstone of Hope, meanwhile, is dedicated to providing support, education, and hope for the grieving.

“It was special for us to be able to help raise awareness for PETA Cruelty Free, Coach Sam’s Inner Circle and Cornerstone of Hope with a win in Germany,” Weiland added. “To be able to honor their championship efforts with back-to-back wins means a lot to us. Hopefully we will be able to keep it going during our next time out on the track in Indianapolis.” 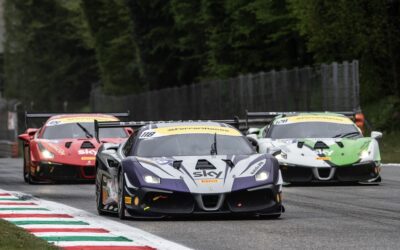 EMS Race Team from Cleveland, Ohio earned second place in the 2021 Ferrari Challenge European Championship. The P2 finish for James Weiland is also believed to be the highest-ever for an American driver since the racing series began. Weiland—who won the North American... 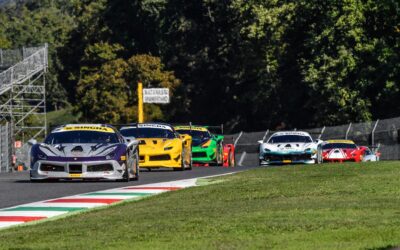 END_OF_DOCUMENT_TOKEN_TO_BE_REPLACED

EMS Race Team travels to Mugello, Italy this week to compete in the Ferrari Challenge World Finals. The Ferrari racing spectacular known as the...

END_OF_DOCUMENT_TOKEN_TO_BE_REPLACED 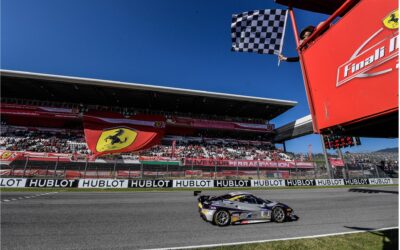 Through six rounds of the 2021 Ferrari Challenge Europe, two drivers have earned 151 points and share P1 in the championship standings. Those...