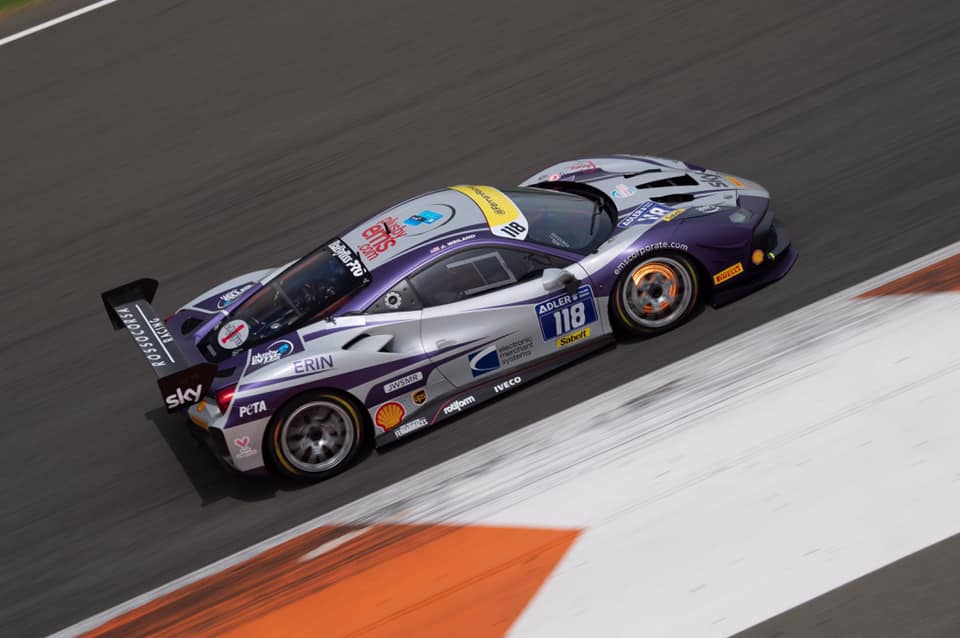 EMS Race Team traveled to Valencia, Spain to compete in Round 4 of the Ferrari Challenge Europe and did enough to stay within striking distance of the overall series lead. While the race results may not have been what the team had hoped for going in, ERIN the Electronic Merchant Systems Ferrari 488 Challenge EVO did collect a P4 and P3 to keep the team within two points of the driver’s championship. They also picked up their 7th podium finish in eight races along the way with a late-August event at the Nurinburgring in Germany up next.

After securing a P1 and P2 finish in Italy to open the 2021 campaign, EMS added double-podiums in Austria and the Czech Republic before securing podium No. 7 in Spain last weekend. Those results have earned driver James Weiland and his team from Rossocorsa, R3 Motorsports and Ferrari of San Francisco a total of 96 points overall in the series which ranks second behind Ernst Kirchmayr (Baron Motorsport) who currently has 98. Trailing Weiland in third is Christian Kinch (Formula Racing) who has totaled 76 points so far. 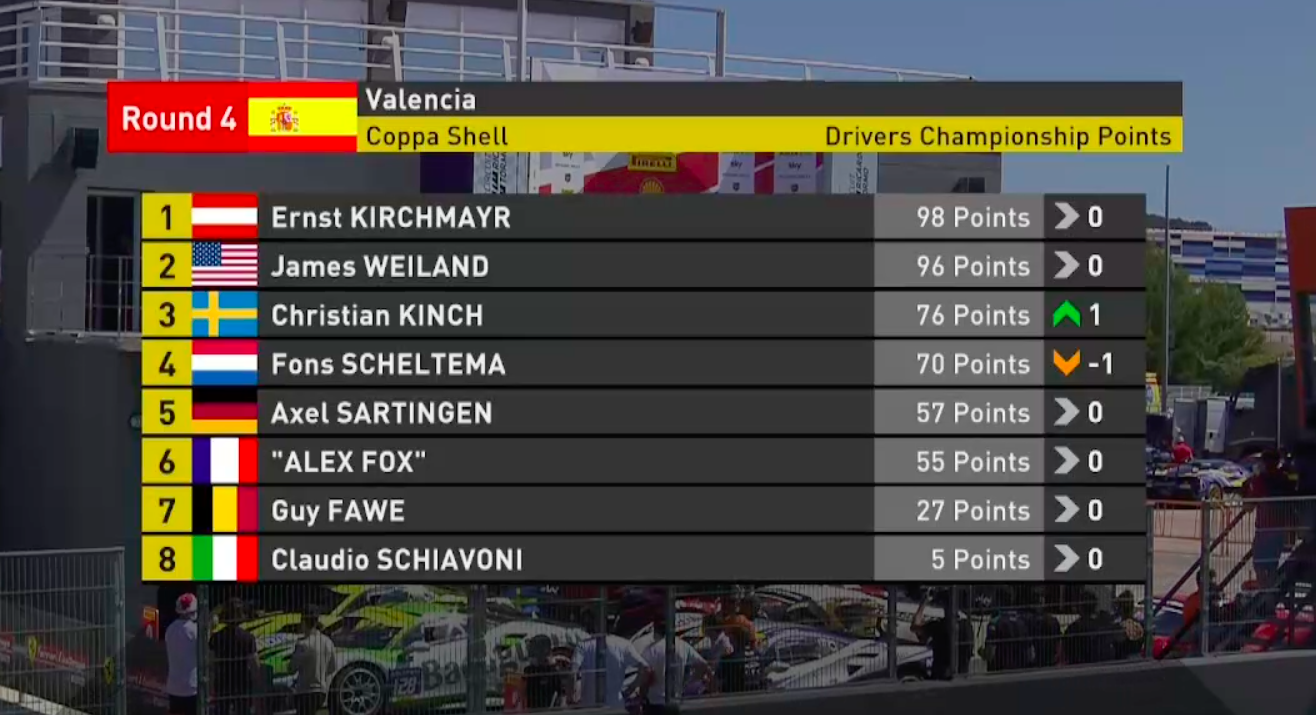 “Not our best weekend ever but nice to bring home some hardware,” Weiland said following the Ferrari Races in Spain on Sunday. “Thanks to Ferrari of San Francisco, R3 Motorsports, Rossocorsa, Dave Cameron, Ray Banda and Conrad Grunewald as we fought hard all weekend. We are now down a couple points in the championship but we have six races in front of us including two at our next event in Germany.”

That fight was evident throughout the weekend and highlighted by a late charge on Saturday that turned a P5 into a P4 with a photo-finish to close out Race 1.  While trailing Alex Fox coming around the last turn, ERIN kicked it into high gear down the final stretch to edge past Fox at the finish line and earn the Ferrari Races Move of the Day for her efforts.

Have you seen that? James Weiland overtaking
"Alex Fox" in the #FerrariChallenge Europe Coppa @ShellMotorsport Race 1 is our #MoveOfTheDay!

During Race 2, ERIN continued to fight through adversity while being nimble enough to dance around a potential disaster. After qualifying P3, ERIN jumped out to a lead early in Race 2 but was forced to slam on her brakes to avoid a competitor’s car that came careening through the grass and back onto the track after being bumped off by another driver coming around Turn 1. ERIN was forced to let a number of cars by as a result to prevent what would have been a race-ending collision before coming back to close out the weekend on the podium.

Here's a good look at ERIN the @EMScorporate Ferrari 488 Challenge EVO navigating through a potential collision in Spain this morning on the way to her 7th podium finish of the season #FerrariChallenge  pic.twitter.com/pnr73t9iwN

Throughout the trip to the Spain, Weiland and his team continued to race to raise awareness for PETA Cruelty Free, Coach Sam’s Scholars and Cornerstone of Hope. People for the Ethical Treatment of Animals (PETA) is the largest animal rights organization in the world, with more than three million members and supporters. Products proudly displaying the bunny logo are cruelty-free, meaning that they were produced without testing on animals. Coach Sam’s Scholars’ mission is to provide educational support to at risk children through a combination of literacy, personal development and health and fitness programs designed to develop the whole child. Cornerstone of Hope, meanwhile, is dedicated to providing support, education, and hope for the grieving.

“We want to thank PETA, Coach Sam’s and Cornerstone for everything they continue to do for our communities,” Weiland added. “We always appreciate the opportunity to help raise awareness for them on the track and our team is looking forward to doing the same later this summer in Germany.”