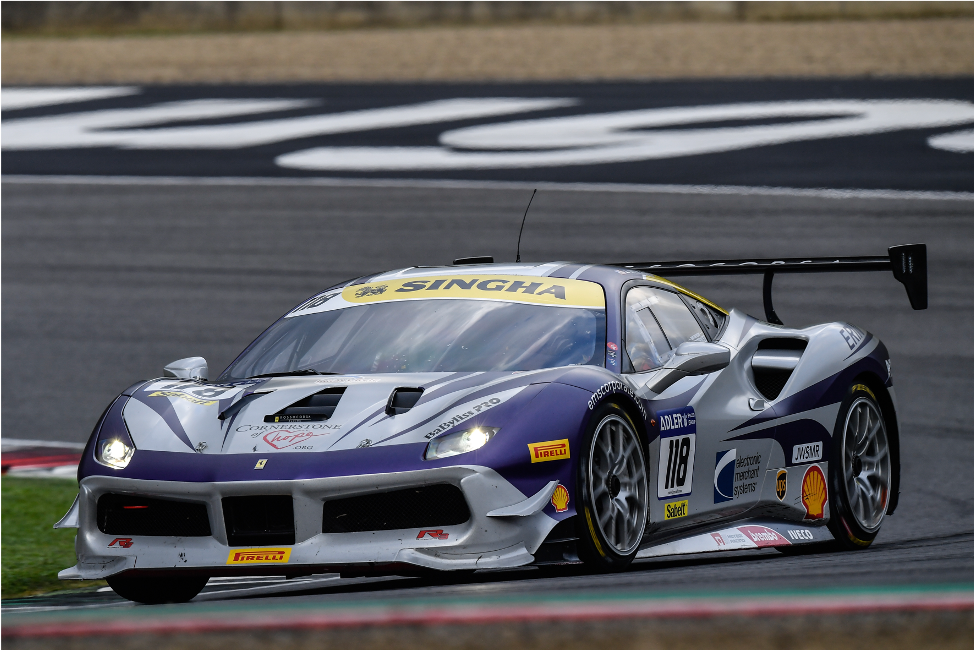 EMS Race Team will make its 2020 Ferrari Challenge debut in Barcelona, Spain on July 18-19. Racing once again to raise awareness for PETA Cruelty Free, Cornerstone of Hope and Coach Sam’s Inner Circle Foundation, driver James Weiland and his crew from Ferrari of San Francisco will look to start this new campaign the way they ended their last one.

While competing at the Mugello Circuit in Italy against the best Ferrari Challenge drivers in the world, Weiland and company closed out 2019 by securing three victories during the Ferrari World Finals. Along with those wins at Mugello, EMS Race Team also earned P1 finishes in Bahrain, Le Mans and Nürburgring last year. This trip to Spain will be the first time that EMS has competed at the Circuit de Barcelona-Catalunya which will host this weekend’s event.

“We’re excited to be able to get back to racing,” Weiland said. “We know that Barcelona will be an excellent host for the Ferrari Challenge and we’re looking forward to competing on a circuit we’ve never raced before. I’m sure there will be some challenges, like there are on any opening weekend, but our main focus will be on giving the best effort we can as a team and living with the results from there.”

The Circuit de Barcelona-Catalunya first opened for racing in 1991. Located in Montmeló, the track has hosted the Spanish Formula 1 Grand Prix every year its been open along with the Catalan MotoGP Grand Prix and other high-profile racing events. Michael Schumacher holds the F1 record with six wins at Catalunya while Lewis Hamilton has won there four times. This week’s Ferrari Challenge marks the second stop of the European FC series which officially opened the year in Imola earlier this month.

For behind-the-scenes coverage of the Ferrari Challenge in Spain be sure to follow EMS Race Team on Facebook, Twitter and Instagram. After competing in Barcelona, EMS is currently slated to then race this year in Portimao (August 1-2), Mugello (August 28-30), Spa-Francorchamps (September 11-13), Misano (September 26-27), Dubai (October 8-10) and AbuDhabi (November 4-7).