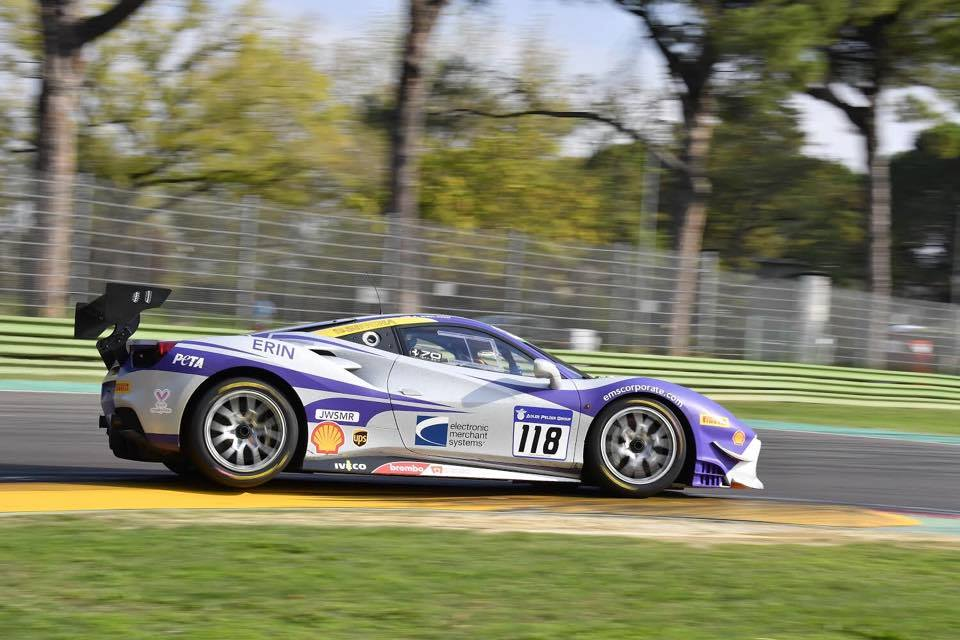 EMS Race Team Travels to Italy for the 2017 Finali Mondiali

Last year at the Finali Mondiali EMS Race Team made history. Competing in the 2016 Ferrari World Finals at Daytona International Speedway, driver James Weiland and the crew from Boardwalk Ferrari clinched the Ferrari Challenge season championship in the North American Pirelli AM class. This year, the marquee Ferrari Challenge event will be held at the Mugello Circuit in Italy on October 26-29. During their trip overseas, EMS Race Team is hoping to lead Erin the ems+ Ferrari 488 Challenge to another memorable weekend.

“We know that your best effort is required at the Ferrari World Finals if you hope to have a chance at a podium,” Weiland said. “We’ll be racing against the best drivers from around the world and we know we need to execute as a team to be successful. Over the last few races we’ve built some momentum, and hopefully we’ll carry that into the Finali Mondiali. The Mugello Circuit is a track we’ve raced before so we know how challenging it can be to drive. But if we are prepared and focused collectively we’ll be willing to live with the results.”

Road races were first held on public streets around Mugello in the early 1920s. The present-day closed Mugello Circuit was constructed in 1973 and opened in 1974, just east of the original road circuit. Measuring 5,245 km in length, the Mugello Circuit stands out from other fast tracks thanks to the drastic elevation changes and the high-speed chicanes. The main straight, at 1.141 km, is followed by a blind rise into the tight turn one, San Donato, where speeds drop quickly. The front straight is the fastest part of the track, with the rest an exciting mixture of quick direction changes and long corners without any tight hairpins or stop-and-go sections to break up the flow.

“We’re excited to race Mugello again and have a chance to compete against the best Ferrari Challenge drivers in the world,” Weiland added. “But we’re especially proud to be representing Cornerstone of Hope, PETA Cruelty-Free, and Coach Sam’s Inner Circle Foundation at an event with people gathered from so many different countries throughout the world. It will be a great chance to spread the word about those three missions and we’re hoping to make each foundation proud of our effort on the track. We’re especially excited for Coach Sam’s Inner Circle Foundation who successfully kicked off another school year recently and we’re dedicating the weekend to them.”

Coach Sam’s Inner Circle Foundation’s mission is to provide educational support to at-risk children through a combination of literacy, personal development and health and fitness programs designed to develop the whole child. Since 2009, Coach Sam’s has been successful in reaching hundreds of children and motivating them to believe in themselves, leading to improved academic performance and self-confidence, setting them on the path toward a brighter future. To learn more about Coach Sam’s watch the video below.

For more on Coach Sam’s Inner Circle Foundation and how you can support their effort you can visit their website. You can also visit PETA Cruelty Free and Cornerstone of Hope to learn more about how they are helping our communities. To follow along with behind-the-scenes coverage throughout the 2017 Finali Mondiali, visit EMS Race Team on Facebook, Twitter and Instagram.