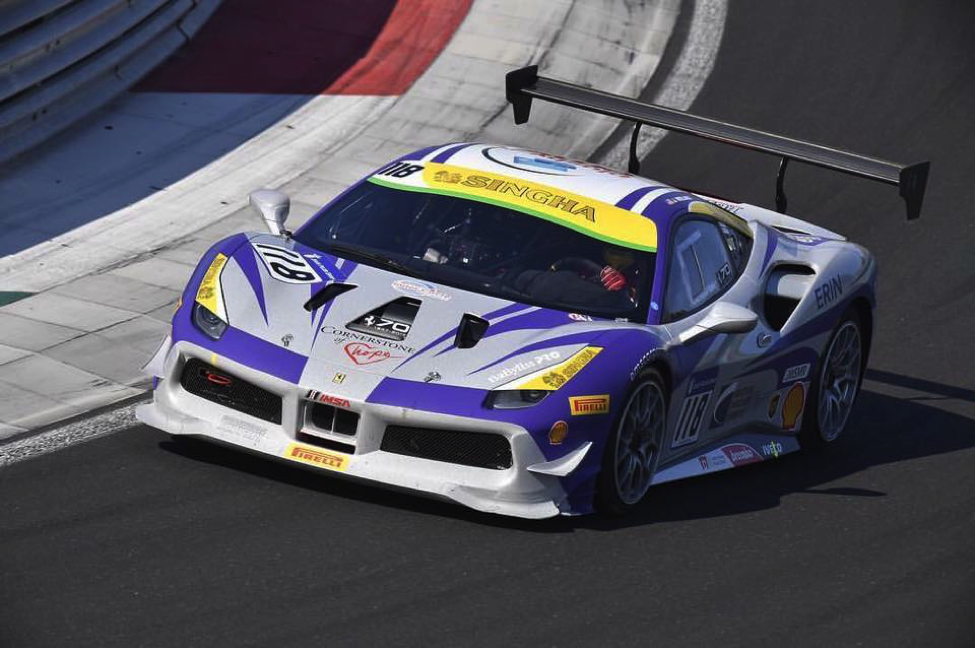 EMS Race Team will compete in Australia for the first time ever during the Melbourne Ferrari Challenge on March 22-25. After races stateside at Daytona International Speedway in Florida and Circuit of the Americas in Texas, driver James Weiland and Erin the ems+ Ferrari 488 Challenge will be racing the Melbourne Grand Prix Circuit. The Ferrari Challenge in Australia will serve as a support race to the Formula One Grand Prix which takes place over the same weekend.

The Melbourne Grand Prix Circuit is a street course that loops around Albert Park Lake just south of central Melbourne. In addition to annually hosting the Formula One Grand Prix, the Melbourne track also plays host to the Supercars Championship. The great Ferrari F1 driver Michael Schumacher owns the outright lap record in Melbourne with a mark of 1:24.125 set in 2004. The venue has reported upwards of 300,000 fans in attendance throughout F1 weekend in the past, and a tremendous turnout is expected once again this year.

“We’re excited to experience Australia,” Weiland said. “This is our first trip to Melbourne and we’re looking forward to interacting with the drivers and fans who will be attending the races all weekend long. We’re also looking forward to the challenge of racing the Melbourne Grand Prix Circuit. Like any new track, it will take us some time to learn. But hopefully we can get a good feel for it early and then work with our team to put forth the best effort possible throughout the trip.”

The experience will also provide an opportunity for Weiland and the Boardwalk Ferrari crew to raise awareness for PETA Cruelty Free, Cornerstone of Hope and Coach Sam’s Inner Circle Foundation. People for the Ethical Treatment of Animals (PETA) is the largest animal rights organization in the world, with more than three million members and supporters. Products proudly displaying the bunny logo are cruelty-free, meaning that they were produced without testing on animals. Cornerstone of Hope is dedicated to providing support, education, and hope for the grieving. Guided by Christian values of compassion and service, they welcome and serve all seeking support. Coach Sam’s Inner Circle Foundation’s mission is to provide educational support to at risk children through a combination of literacy, personal development and health and fitness programs designed to develop the whole child. Each mission is represented on EMS Race Team’s car, Erin, and will be on display throughout F1 weekend in Melbourne.

“F1 weekend is always a great opportunity to spread the word about PETA Cruelty Free, Cornerstone of Hope, and Coach Sam’s Inner Circle Foundation,” Weiland added. “There will be thousands of race fans in attendance and hopefully we can encourage a few of them to search online and learn more about each of those great causes. Maybe we can even help get each one of those foundations up onto the podium while we’re there too.”