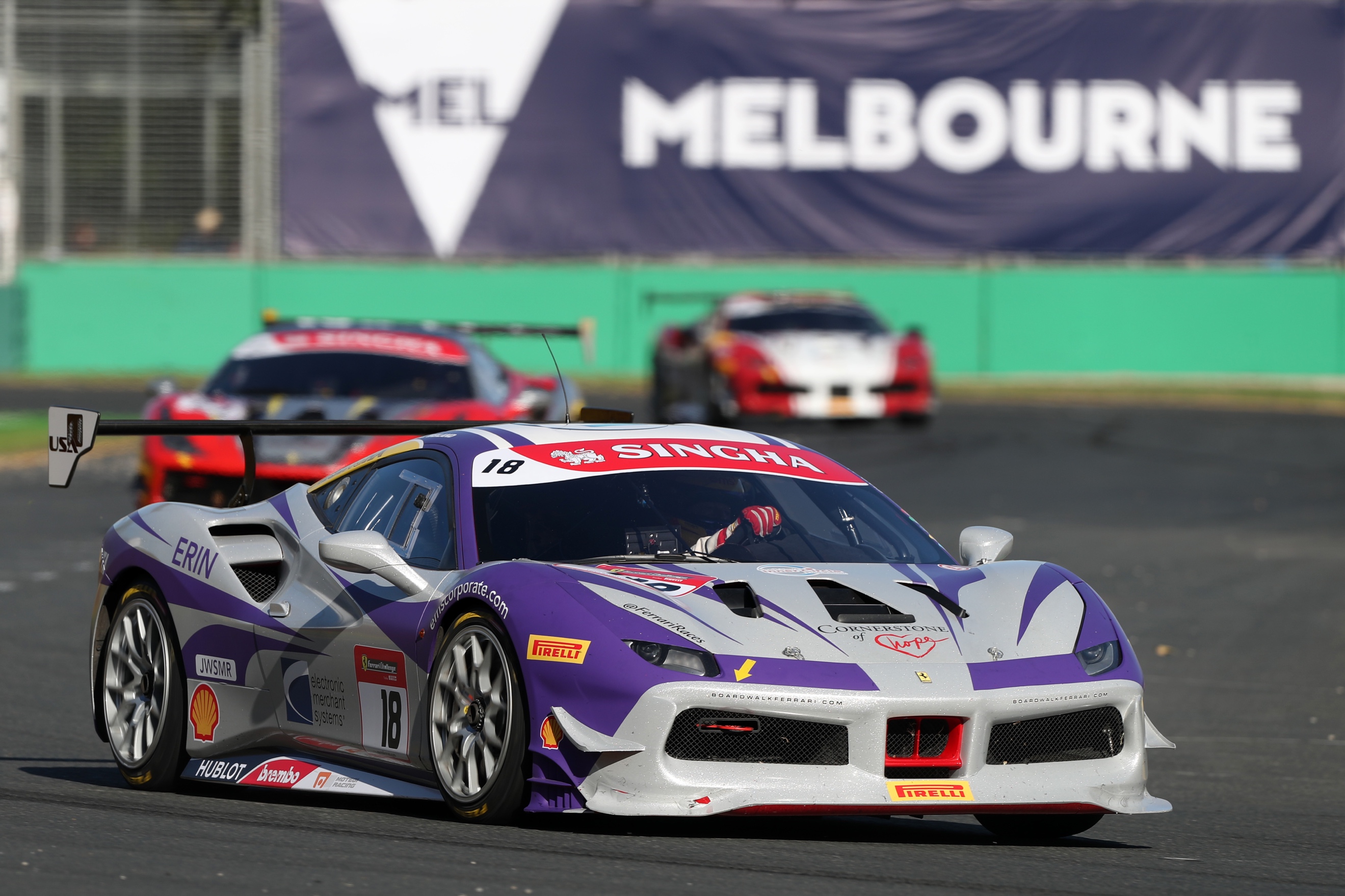 Coming off their fourth podium finish of the 2018 season, EMS Race Team now travels to Belgium for the Ferrari Challenge at Circuit de Spa-Francorchamps on May 11-13. After competing in Florida, Texas, Australia, and most recently New Zealand, James Weiland and ERIN the ems+ Ferrari 488 Challenge will now race one of the most challenging and acclaimed circuits in the world at Spa. They enter riding the momentum of back-to-back second place finishes in the Trofeo Pirelli class during trips to Australia and New Zealand, respectively.

The Circuit de Spa-Francorchamps is the famous host of the Formula One Belgian Grand Prix, the Spa 24 Hours, World Endurance Championships, and many other high-profile racing events. The historic track held its first ever race in 1922 and was used for Grand Prix racing for the first time in 1925. Early on, it quickly developed a reputation for being the fastest track in Europe but also one of the most dangerous. Several renovations to the circuit dramatically improved its safety throughout its nearly 100 years of racing, while also maintaining its speed and features like the Eau Rogue valley and the Blanchimont high-speed turn that help embody its character.

“Our team is definitely looking forward to racing at Spa,” Weiland said. “It is one of the most exciting tracks in the world for a reason. It will be a challenging drive for us to be sure, but also a lot of fun. We’re just trying to make sure we’re as prepared as possible as a team for race weekend and remain focused on doing the best we can collectively once we get there. The Ferrari Challenge competition in Europe is always stiff so we know we’ll have to be at the top of our game in order to experience the same success we’ve had over the last couple race weekends.”

While racing for the first time in Belgium, EMS will be competing to raise awareness for PETA Cruelty Free, Cornerstone of Hope and Coach Sam’s Inner Circle Foundation. People for the Ethical Treatment of Animals (PETA) is the largest animal rights organization in the world, with more than three million members and supporters. Products proudly displaying the bunny logo are cruelty-free, meaning that they were produced without testing on animals. Coach Sam’s Inner Circle Foundation’s mission is to provide educational support to at risk children through a combination of literacy, personal development and health and fitness programs designed to develop the whole child. Cornerstone of Hope, meanwhile, is dedicated to providing support, education, and hope for the grieving.

“We are looking forward to spreading the word about the great work that PETA Cruetly Free, Cornerstone of Hope, and Coach Sam’s Inner Circle Foundation are doing for our community while we’re racing in Belgium,” Weiland added. “It’s amazing the impact each foundation is having on our communities, and we’re hoping to make them proud of our effort out on the track. We’re also hoping to make racing fans and drivers in Belgium who might not have heard about their work before aware of each foundation and inspire them to get involved.”