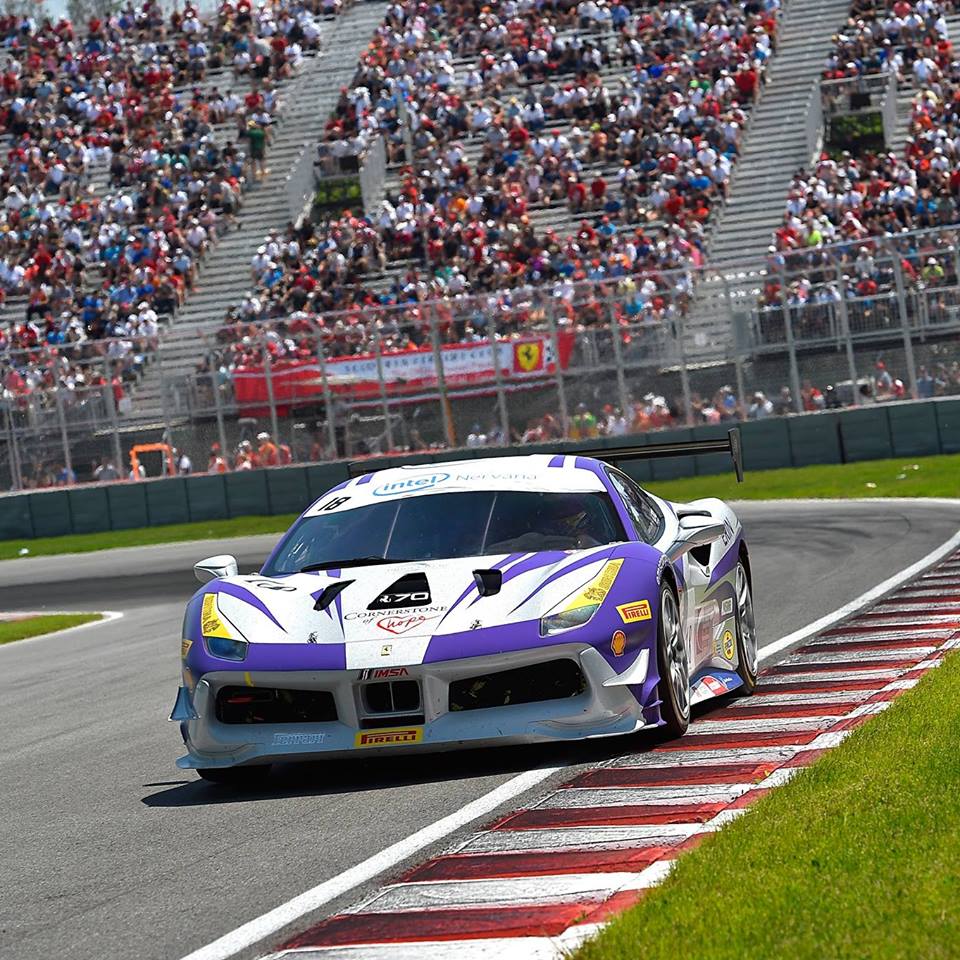 Erin, the ems+ Ferrari 488 Challenge, will continue her 2017 world tour in France. EMS Race Team and the crew from Boardwalk Ferrari will be competing at the Circuit Paul Ricard for Round 4 of the Ferrari Challenge on July 22-23. This comes after races in Canada and Hungary during Rounds 2 and 3. The upcoming trip marks driver James Weiland’s first-ever race in France. It is also the third country EMS Race Team will compete in outside the United States this season after securing the North American Pirelli AM championship in 2016.

“We race to raise awareness for PETA Cruelty Free, Cornerstone of Hope and Coach Sam’s Inner Circle Foundation,” Weiland said. “To be able to represent those missions all over the globe this season is a tremendous honor for us. We had a great trip to Budapest, Hungary last month and are excited to help raise awareness for those efforts in France as well. It will be a thrill to compete at the Circuit Paul Ricard, too, and we’re looking forward to getting out on the track and getting to work.”

Constructed in 1970 by Paul Ricard at Le Castellet in the south of France, the circuit was the first of the modern autodromes. The track is characterized by its long Mistral straight (1.8 km) and elongated design built on a plateau. The length of the full track is 5.861 km (3.642 mi) and it’s known for its black and blue runoff areas known as the Blue Zone. It quickly became the premier venue for French motorsports upon opening, hosting its first French Grand Prix in 1971. After a hiatus, the track now owned by Bernie Ecclestone announced a return of the Formula 1 French Grand Prix in 2018.

“We’re excited to compete against all of the terrific drivers in France,” Weiland added. “We will be racing against some of the best Ferrari Challenge drivers in the world so we know the competition will be stiff. We’re preparing to put forth our best effort as a team, and looking forward to the test. We’re also dedicating the upcoming race weekend to Cornerstone of Hope’s Annual Day of Hope Celebration on August 12. If you’re in the Cleveland area, we strongly suggest you attend or support the event. If you’re unable to get there, you can also go to CornerstoneOfHope.org and make an online donation.”

Cornerstone of Hope is dedicated to providing support, education, and hope for the grieving. Guided by Christian values of compassion and service, they welcome and serve all seeking support. It is a foundation that exists because the unthinkable sometimes happens. A child dies before his parents. A husband or wife dies, leaving their spouse and children at a loss for how to go on living. A student dies, leaving a school reeling over the shock and sorrow. Hope Day is free for grieving children and their parents or caregivers, and is celebrated as a primary fund raiser for the foundation.

For more on Cornerstone of Hope and how you can help Hope Day visit their website. You can also visit Coach Sam’s Inner Circle Foundation and PETA Cruelty Free. To follow along with behind-the-scenes coverage throughout race weekend, visit EMS Race Team on Facebook, Twitter and Instagram.