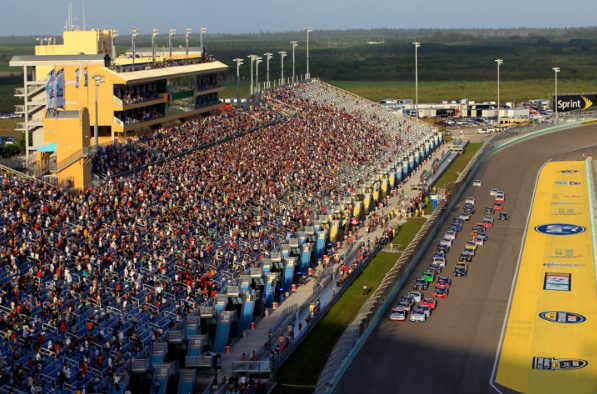 With only one competition to follow on the North American Ferrari Challenge circuit, EMS Race Team travels to Homestead, Florida this weekend for a critical test. Heading into the races at Homestead-Miami Speedway, driver James Weiland and EMS are currently tied for the season lead in the overall Ferrari Challenge North American points standings. A solid showing on November 4-6 will inevitably put Weiland and the crew from Boardwalk Ferrari in an advantageous position as the Finali Mondali at Daytona International Speedway in December approaches. But even with all that on the line, Weiland isn’t looking back, or forward, and remains focused on the task at hand.

“We all just watched one of the greatest World Series matchups in the history of baseball,” Weiland, a native Clevelander and Indians fan said. “What is so great about what we just witnessed between the Cubs and Indians—whether your team won or not—is that it reminds us all of the importance of staying focused and living in the moment. For the players and managers in this World Series, it wasn’t about what they had accomplished throughout the season, or even throughout their careers. It was always about the next pitch, the next swing. It’s a lesson that all of us as fans can learn from. Focus on what is in front of you, live in the moment, and put forth your very best effort at whatever it is you are doing right now. We always try our best to have that same approach, and hopefully we’ll be able to bring that to the track this weekend.”

The Homestead-Miami Speedway opened in November of 1995 with a NASCAR Busch Series race. Throughout its history, the Homestead track has hosted many high-profile racing events including NASCAR, the Verizon IndyCar Series, the Grand-Am Rolex Sports Car Series, and the Championship Cup Series. Since 2002, the Miami track has also hosted the final race of the season in all three of NASCAR’s series (Sprint Cup Series, Xfinity Series, and the Camping World Truck Series). Accomplished drivers like Greg Biffle and Tony Stewart are among the many legendary NASCAR drivers to have earned multiple victories at Homestead over the last 20 years.

“Our team loves to compete and we’re excited to get back on the track here at home in the States,” Weiland added, coming off a podium finish in Fuji, Japan last month. “We’re also looking to help spread the word for the great work that our friends at PETA Cruelty Free and Cornerstone of Hope do for our community by championing those two causes again his weekend. We’re not thinking about anything else other than that. Just getting out there and executing as best as we can for our team and our partners, and accepting whatever results come our way.”