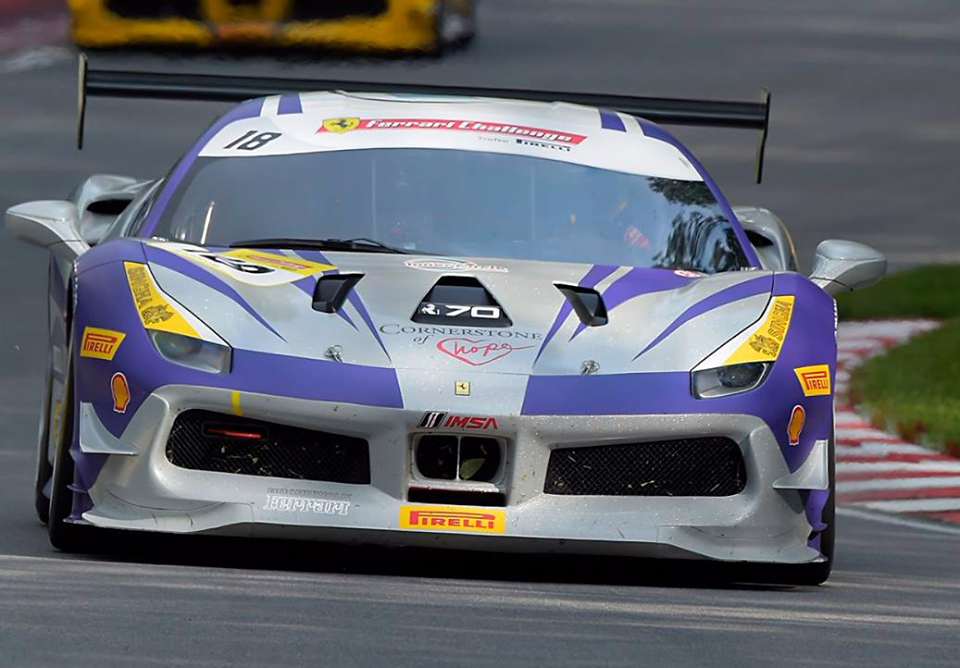 The Ferrari Challenge at Imola and Remembering Ayrton Senna

The great Ayrton Senna once said, “Racing, competing, it’s in my blood. It’s part of me, it’s part of my life.” During Senna’s life, he would become one of the greatest Formula One drivers of all-time. A life that was cut much too short on the same track that hosted the 2017 Ferrari Challenge in Italy. During Race 1 at the Autodromo Enzo e Dino Ferrari di Imola, EMS Race Team unfortunately lost control of ERIN the ems+ Ferrari 488 Challenge on a slick track at 111 mph in the famous Tamburello Corner where the legendary Senna tragically crashed and passed away on May 1, 1994. ERIN’s collision with the inside wall was softer than expected, fortunately, damaging only the car. After the race, driver James Weiland visited a nearby memorial commemorating the life and legacy of Senna and shared a collection of those pictures on Facebook.

“ERIN ran pretty well in practice and qualifying so we were feeling good heading into the race,” Weiland said after qualifying P4 of 22. “Unfortunately, we lost control in the corner. It had been a long time since I lost ERIN like that. It usually takes about three mistakes to have a crash, and unfortunately, I checked all the boxes in Tamburello. But the damage could’ve been much worse. We spent time visiting the memorial to Senna after the race, and feel grateful to have not sustained any injuries. Hopefully we can use this as a learning experience.”

After paying tribute to Senna, Weiland did the same thing Ayrton would’ve done when he got back in the car for Race 2. While the damage to ERIN was too extensive to be repaired in time for Sunday’s race, EMS Race Team used a backup car. As a result of using a new car, Weiland was forced to start in last position—P22 of 22. But EMS Race Team would finish the weekend strong by charging hard during Sunday’s race, picking off 10 cars over 18 green flag laps to finish 12th overall.

“It was great to get back on the track and continue raising awareness for Cornerstone of Hope, PETA Cruelty Free and Coach Sam’s Inner Circle here in Italy,” Weiland said. “Considering we had only one flying lap to set her up, it really was a magnificent job from the team to put us in a position to compete. Big thanks to our European Team Rossocorsa for providing a brand new, three-day old car with one kilometer on the clock for us to drive. Also, special thanks to David Cameron, Ray Banda, Gianluca and others who were in the garage until 3am getting new ERIN prepared.”

The next stop for EMS Race Team is the Mugello Circuit in Italy for the Finali Mondiali on October 26-29. Stay tuned for more coverage previewing that race in the days ahead. For more on Cornerstone of Hope, Coach Sam’s Inner Circle Foundation and PETA Cruelty Free you can visit their websites. To check out behind-the-scenes coverage from the weekend at Imola visit EMS Race Team on Facebook, Twitter and Instagram.