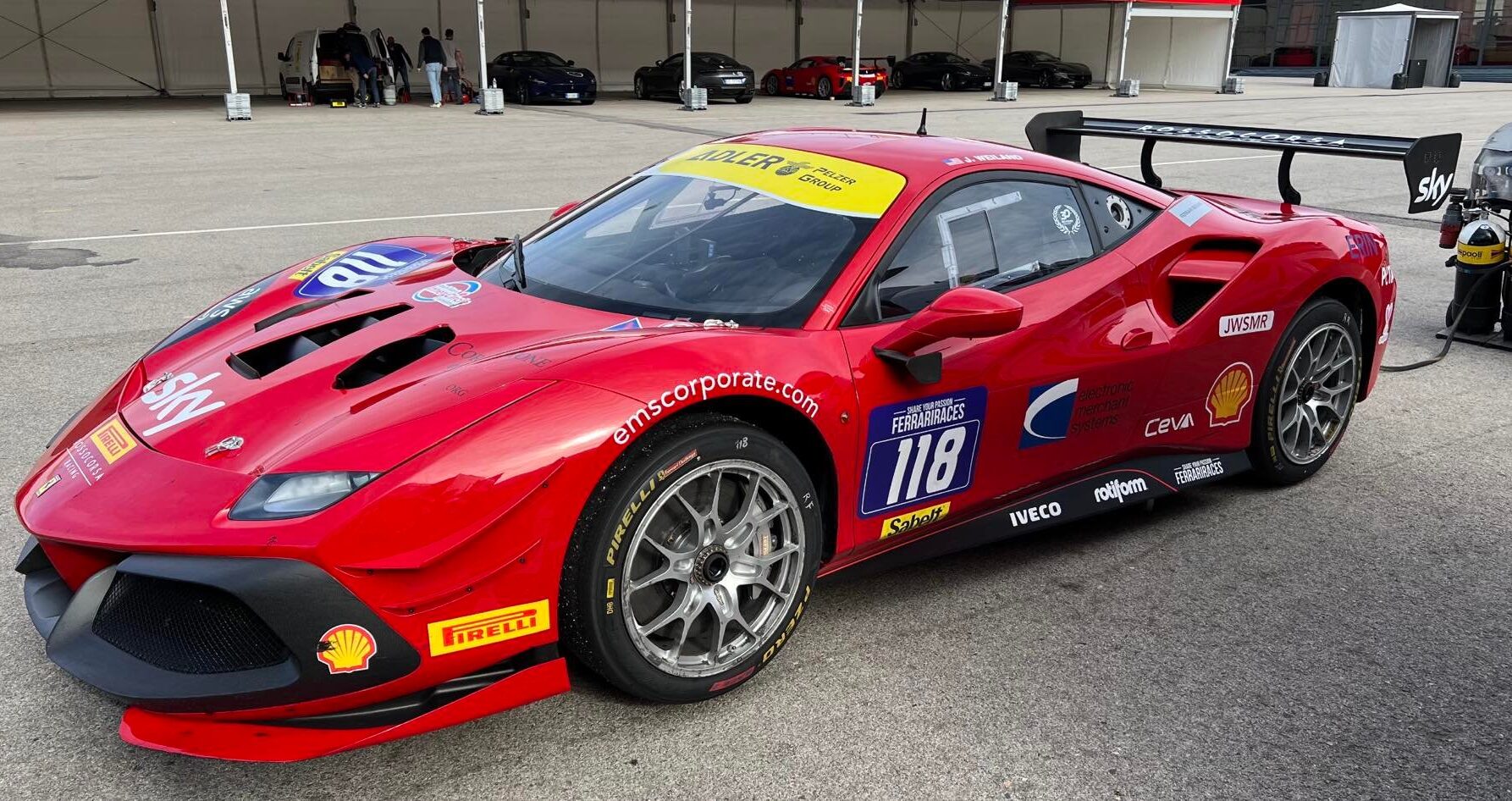 The Portimao Circuit in Portugal was packed with racing excitement during the opening weekend of the 2022 Ferrari Challenge season. ERIN, the Electronic Merchant Systems Ferrari 488 Challenge EVO, was among the 46 cars that competed in the year’s first race. Despite starting the weekend with a wrist injury that prevented driver James Weiland from participating in Q1, Electronic Merchant Systems closed strong with a podium finish in Race 2.

During the second race in Portugal on Sunday, Weiland and his team from Rossocorsa, R3 Motorsports, and Ferrari of San Francisco qualified P4. At the 16-minute mark of the race, Weiland made his move into a podium position for good. The Ferrari broadcast team discussed the pass that put ERIN into 3rd place.

P3 for our team in Race 2 of the @FerrariRaces at @AIAPortimao in Portugal. Here is the move that put us in podium position 🏁#FerrariChallenge pic.twitter.com/6gYfQkoyNA

Race 1 began with Weiland missing qualifying due to a wrist injury. A regimen of ice and rest helped the wrist get into good enough shape for the race on Saturday. But the team was forced to start in the last position because of the missed qualifying session. The 118 car made 16 overtakes in Race 1 to go from 29 to 13 overall.

ERIN the @EMScorporate Ferrari 488 Challenge EVO ran hard during Race 1 in Portugal. After starting P29 due to a wrist injury that kept us out of qualifying, the 118 car finished in the top half of the field 🏁 pic.twitter.com/zQYJXPMuFi

“Portugal was a gorgeous country and we really enjoyed visiting,” Weiland said. “The racing was great throughout the weekend, and it was exciting to be back with our team competing. Our next goal is to race the best we can while raising awareness for PETA Cruelty-Free, Coach Sam’s Scholars, and Cornerstone of Hope during the Ferrari Races in May.”

People for the Ethical Treatment of Animals (PETA) is the largest animal rights organization globally. Products proudly displaying the bunny logo are cruelty-free, meaning that they were produced without testing on animals. Coach Sam’s Scholar’s mission is to provide educational support to at-risk children through literacy, personal development, and health and fitness programs designed to develop the whole child. Cornerstone of Hope, meanwhile, is dedicated to providing support, education, and hope for the grieving.

EMS Race Team’s official schedule for the 2022 campaign is listed below.