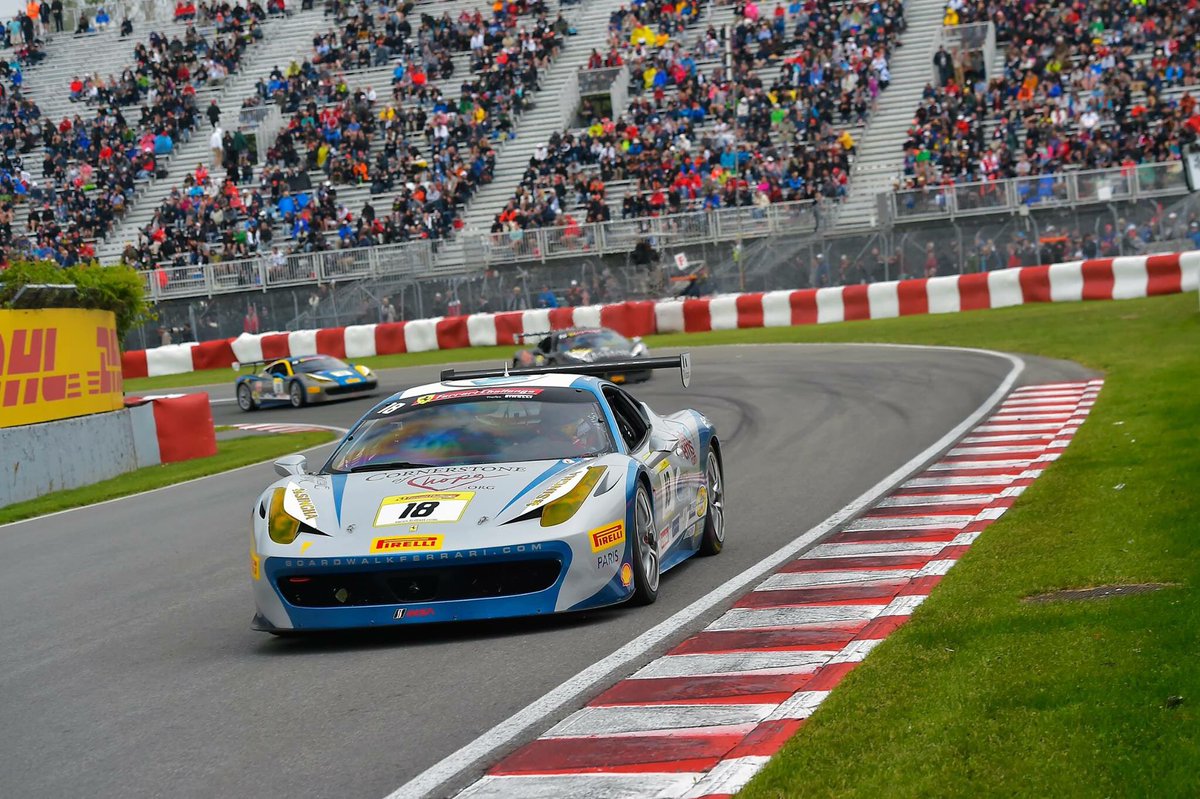 The Circuit Gilles Villeneuve in Montreal, Quebec will host Round 2 of the 2017 Ferrari Challenge on June 9-11. The Ferrari Challenge drivers will compete in a support race for the Formula 1 Canadian Grand Prix, which will also be held in Montreal throughout weekend. Driver James Weiland and the Boardwalk Ferrari crew will be competing on the same track as F1 stars Sebastian Vettel, Kimi Räikkönen, Lewis Hamilton and others. This marquee-racing event is expected to draw a capacity crowd of 100,000 fans who are sure to make it a festive atmosphere for racing.

“We were fortunate enough to win in Montreal last season in the Trofeo Pirelli AM class and we’ve always loved racing on this track,” Weiland said. “This season, competing against the Ferrari Challenge drivers in the pro class, we know we’ll have our work cut out for us. But we feel like we learned a lot as a team last month in Laguna Seca, and we’re just focused on giving our very best effort throughout the weekend.”

Circuit Gilles Villeneuve first hosted the Canadian Grand Prix in 1978. Past winners include Michael Schumacher, Jackie Stewart, defending champion Lewis Hamilton, as well as the iconic Aryton Senna. EMS Race Team competed at the legendary track in Montreal for the first time during the 2013 Ferrari Challenge. This year, Weiland will be driving the new ems+ Ferrari 488 Challenge, Erin, who made her debut in May at Laguna Seca.

“We’re looking forward to getting back out on the track with Erin in Montreal,” Weiland added. “With the large crowds that we’re expecting, this is always a terrific opportunity for her to showcase the charities that we race to raise awareness for in Cornerstone of Hope, Coach Sam’s Inner Circle Foundation, and PETA Cruelty Free. We brought Cornerstone and PETA to Montreal in the past, but this is the first time we’ll have the Coach Sam’s Inner Circle Foundation logo on our car in Montreal. Hopefully, some fans take the time to visit each website and learn more about what those great causes are all about.”