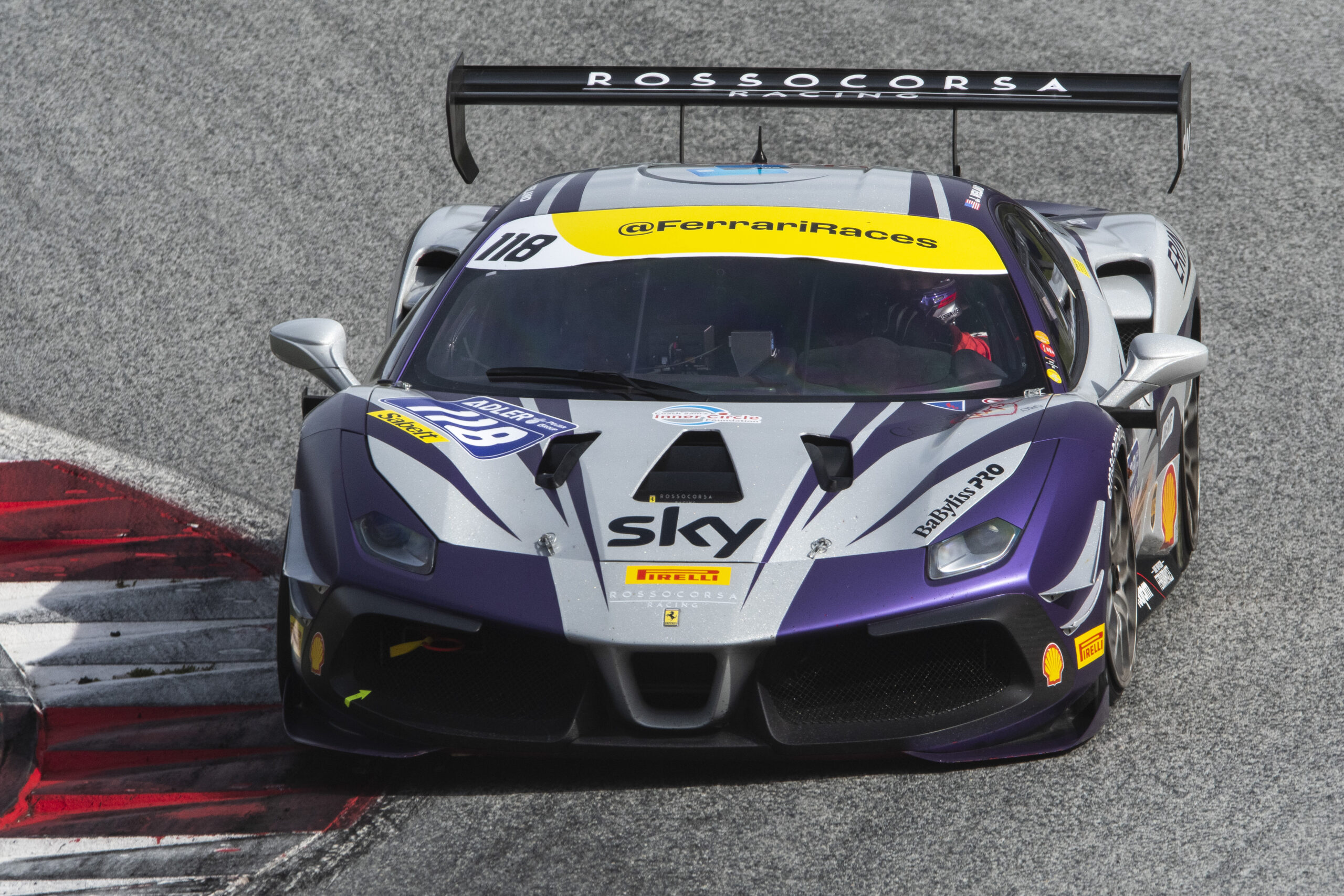 Watkins Glen Ferrari Challenge Up Next For EMS Race Team

EMS Race Team will be competing at Watkins Glen International in New York during the Ferrari Challenge North American event on May 21-23. After racing out to an overall series lead in Ferrari Challenge Europe through the first two rounds of this year, driver James Weiland and his team from Ferrari of San Francisco will look to secure their first podium of 2021 in the United States. Through four races in Monza, Italy and Spielberg, Austria, Weiland and ERIN the Electronic Merchant Systems Ferrari 488 Challenge Evo have already totaled four podiums and will be looking for more this weekend.

Road racing first came to Watkins Glen in 1948 by way of Cameron Argetsinger, a law student at Cornell University whose family had ties to the area since the early 1800’s. On October 2nd, 1948, Argetsinger organized the circuit’s first Grand Prix event and they’ve been racing at the “The Glen” ever since. In addition to hosting several high profile races along with the Ferrari Challenge, the circuit has also been named “America’s Best NASCAR Track” on four occasions by readers of USA Today.

“We’re excited to go racing at Watkins Glen this weekend,” Weiland said. “While we’ve been primarily competing in Europe these last few years, it will be nice to get back out and compete in the North American series and we’re hoping to do the best we can as a team while we’re there.”

EMS Race Team will be competing once again to help raise awareness for PETA Cruelty Free, Coach Sam’s Scholars and Cornerstone of Hope. People for the Ethical Treatment of Animals (PETA) is the largest animal rights organization in the world, with more than three million members and supporters. Products proudly displaying the bunny logo are cruelty-free, meaning that they were produced without testing on animals. Coach Sam’s Scholars’ mission is to provide educational support to at risk children through a combination of literacy, personal development and health and fitness programs designed to develop the whole child. Cornerstone of Hope, meanwhile, is dedicated to providing support, education, and hope for the grieving. Each mission will be featured on EMS Race Team’s car throughout the trip to New York state.

“We’re proud of what PETA, Cornerstone and Coach Sam’s have continued to accomplish and hope that we’re able to do whatever we can to help spread the word on their efforts during the event at Watkins Glen.”

Directly after the races in New York, Weiland and company will have a quick turnaround before jumping back into the European Ferrari Challenge with Round 3 in the Czech Republic scheduled for May 29. For behind-the-scenes coverage of the Ferrari Races all season long, follow EMS Race Team on Facebook, Twitter, and Instagram.