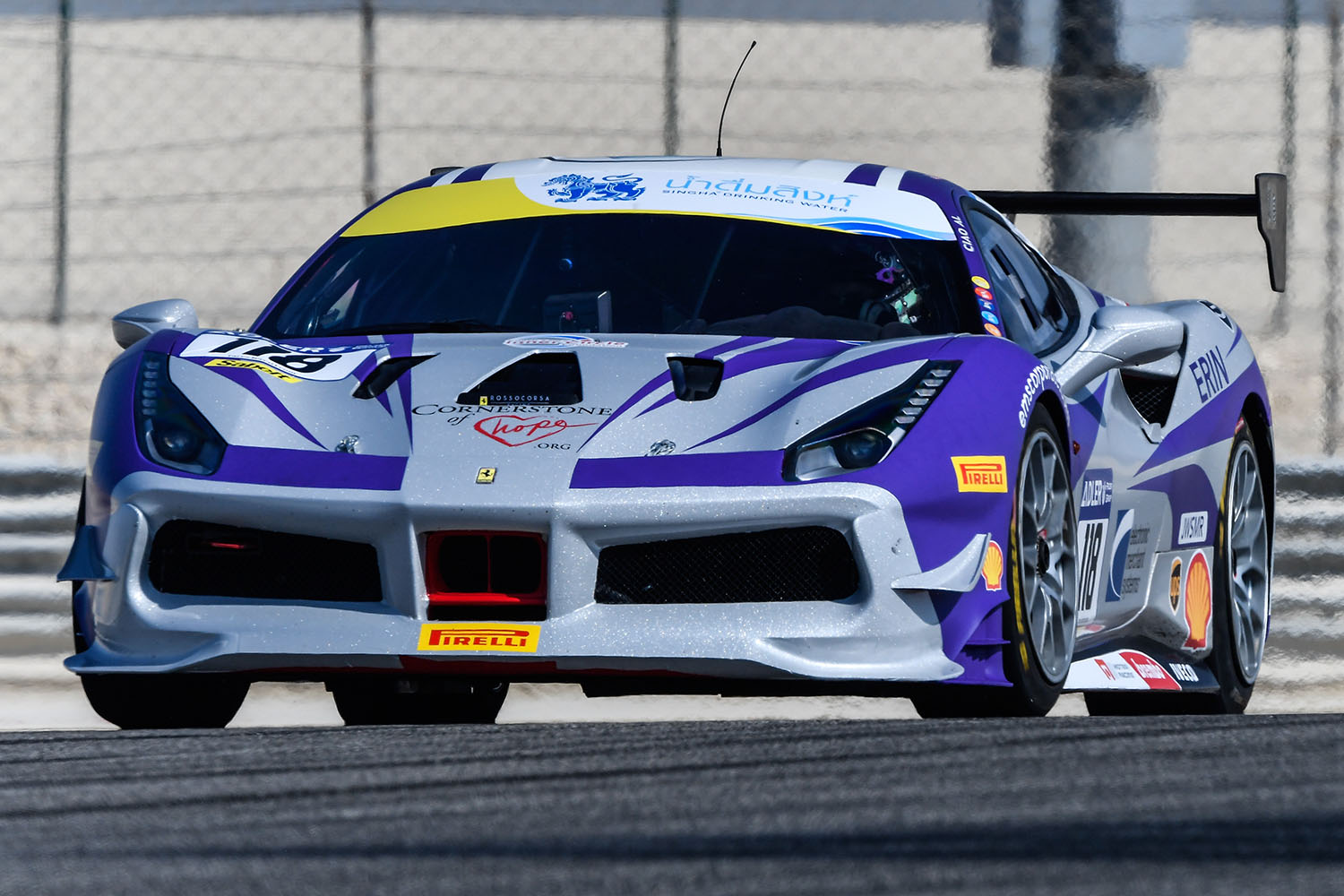 There’s a certain magic that ERIN and PARIS the Electronic Merchant Systems Ferrari 488 Challenges provide out on the racetrack. It’s a magic that can’t necessarily be measured by horsepower or seconds but you know it when you see it. This weekend, while competing at the Circuit of the Americas Ferrari Challenge in Austin, Texas, driver James Weiland was forced to race without those valuable members of the EMS Race Team fleet. The loaner car that was graciously provided by a friend and teammate was fully optimized by the crew from Boardwalk Ferrari / Ferrari of San Francisco—and Weiland is not one to ever make it excuses. But it just wasn’t the same without the familiar roar from the EMS machines.

On Saturday, Weiland qualified 3rd for Race 1 and was only a tenth away from 2nd. Unfortunately, he got passed a couple laps in before holding off the rest of the way to finish just off the podium in P4 among the always grueling Trofeo Pirelli class. On Sunday, qualifying didn’t go as well as the team hoped and they entered Race 2 in 9th position. Weiland would drive a clean race from there but finish P9 for the day. Despite the disappointing weekend, the attention quickly turned to Melbourne, Australia where the team will race later this week.

“There’s no excuses, we didn’t get the results we wanted at COTA,” Weiland said. “Our qualifying time gave us a chance on Saturday, but unfortunately we got passed during the race and missed the podium. There’s no time to dwell on any of that, though, because we’re on our way to Australia now and the focus of the entire team is on Melbourne.”

In Austin, EMS Race Team took another opportunity to help raise awareness for PETA Cruelty Free, Coach Sam’s Inner Circle Foundation and Cornerstone of Hope. For those who watched the live broadcast of the races at COTA, the Ferrari announcers spent time talking about those causes that EMS races for which definitely helped spread that awareness. People for the Ethical Treatment of Animals  (PETA) is one of those missions. They are the largest animal rights organization in the world, with more than three million members and supporters. Products proudly displaying the bunny logo are cruelty-free, meaning that they were produced without testing on animals. Coach Sam’s Inner Circle Foundation is another, whose mission is to provide educational support to at risk children through a combination of literacy, personal development and health and fitness programs designed to develop the whole child. Cornerstone of Hope, meanwhile, is dedicated to providing support, education, and hope for the grieving.

“It’s easy to get caught up in the results sometimes, but the main focus of our team is to raise awareness of PETA Cruelty Free, Coach Sam’s Inner Circle Foundation and Cornerstone of Hope when we’re out there on the track. We were proud to have done that at COTA and we’re looking forward to doing the same later this week in Melbourne.”