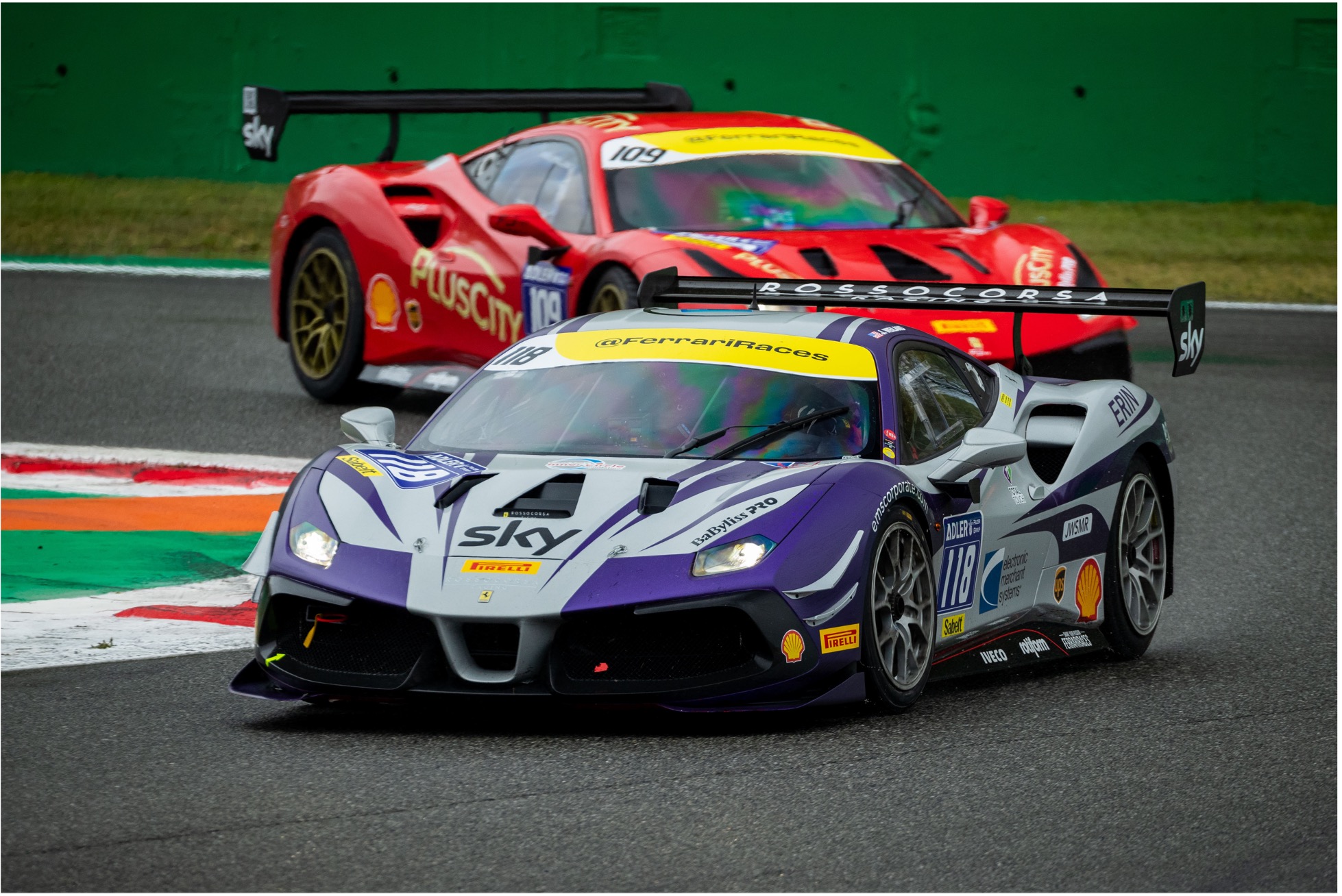 EMS Race Team is traveling to Germany this week to compete in Round 5 of the Ferrari Challenge Europe on August 27-29 at the Nürburgring Circuit. Driver James Weiland and his team from Rossocorsa, R3 Motorsports and Ferrari of San Francisco have earned seven podium finishes through eight races this year and will be looking for more during the trip. After securing a P1 and P2 finish in Italy to open the 2021 campaign, ERIN the Electronic Merchant Systems Ferrari 488 Challenge Evo added double-podiums in Austria and the Czech Republic before her latest top-3 finish in Spain. Weiland’s team has totaled 96 points along the way and currently trails Ernst Kirchmayr (Baron Motorsport) by only two for the overall lead in the 2021 Driver’s Championship.

“We’re excited to get back on the track this weekend,” Weiland said. “Our last race was already a couple of months ago now so we’re really looking forward to getting back in the car and competing at a great event like the Ferrari Racing Days in Germany.”

The Nürburgring is a 150,000-person capacity venue located in the town of Nürburg, Rhineland-Palatinate, Germany. It features a Grand Prix race track built in 1984 that has played host to the Formula One Grand Prix, European Grand Prix, the German Grand Prix and the Ferrari Challenge among other notable racing events. Previously surrounding the Grand Prix course at the Nürburgring was a much longer “north loop” track that was built in 1927 around the village and medieval castle of Nürburg in the Eifel mountains. EMS Race Team last competed at the world-famous track in 2019 and earned a P1 finish.

“Our goal is to help raise awareness for PETA Cruelty Free, Coach Sam’s Scholars and Cornerstone of Hope while we’re in Germany with a strong performance,” Weiland added. “Last time we were there we were able to dedicate a victory to those great efforts and hopefully we can do the same thing this time.”

People for the Ethical Treatment of Animals (PETA) is the largest animal rights organization in the world, with more than three million members and supporters. Products proudly displaying the bunny logo are cruelty-free, meaning that they were produced without testing on animals. Coach Sam’s Scholars’ mission is to provide educational support to at risk children through a combination of literacy, personal development and health and fitness programs designed to develop the whole child. Cornerstone of Hope, meanwhile, is dedicated to providing support, education, and hope for the grieving. Each mission will be featured on EMS Race Team’s Ferrari race car throughout the weekend in Germany.

For behind-the-scenes coverage of Round 5 of Ferrari Challenge Europe in Nürburgring, follow EMS Race Team on Facebook, Twitter, and Instagram. You can also stream all the racing action live at ferrari.com throughout the weekend.