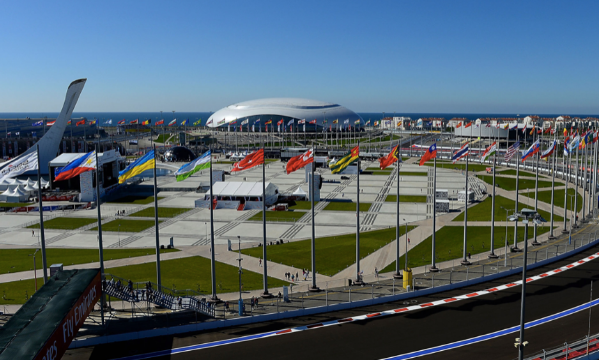 Ferrari Racing Days is one of the biggest events organized by the Prancing Horse and features some of the best Ferrari Challenge drivers in the world. The first Ferrari Racing Days event was held in Nuremberg, Germany in 1996. Since then, this prominent celebration of racing has made stops in the United Kingdom, Italy, Hungary, Canada, Japan, Malaysia, the United Arab Emirates, Australia and the United States. For the first time since its inception, on July 30-31, Russia will host this marquee weekend and EMS Race Team will be among the many competitors.

The upcoming event will be held at the Sochi Autodrom in Sochi, Russia with the Ferrari Challenge races taking place on Saturday and Sunday. At just over 3.6 miles, the Sochi Autodrom plays host to the Russian Grand Prix and is the third-longest circuit on the Formula One schedule. The track is built around the Sochi Olympic Park—site of the 2014 Winter Olympics—and opened for racing just after the games concluded. Lewis Hamilton (Mercedes) won the first two Russian Grand Prix races at Sochi in 2014 and 2015, while teammate Nico Rosberg (Mercedes) won the signature Russian F1 competition this year.

When EMS Race Team tears off that same starting line during Race 1 at Sochi later this month, it will mark the third Ferrari Challenge event that they have competed in this season outside of the United States. Along with the Ferrari Racing Days in Suzuka, Japan, the trip to Russia will also be the second time that EMS will compete outside of North America this year. During this action-packed weekend, EMS Race Team driver James Weiland will be debuting a new member of their fleet as well, while trying to win for the fifth-straight time.

“We are very excited for Nicky to be making her racing debut in Sochi,” Weiland said of the Electronic Merchant Systems Boardwalk Ferrari 458 Challenge EVO trimmed in purple. “She is currently in Italy getting prepped for the trip, and we’re looking forward to seeing what she can do out on the track. If she’s able to run anywhere like her sisters Erin and Paris have this year, we’ll certainly be pleased with that type of performance.”

While competing in Japan earlier this season, Erin—the Electronic Merchant Systems Boardwalk Ferrari 458 Challenge EVO trimmed in red—was able to secure the first overseas victory of the year with a win at the Suzuka Circuit. Most recently, sister Paris has helped Weiland secure four-straight Ferrari Challenge victories at the Circuit of the Americas in Austin and then the Circuit-Gilles-Villeneuve in Montreal.

“Our coaches, crew, and myself as a driver, we are always trying to get better from race to race,” Weiland added. “So we’re just hoping to continue to improve in Russia and grow as a team. With the many talented drivers we’ll be competing against from all over the world, we understand that nothing less than our very best effort will be required for a podium finish on a track as challenging as the Sochi Autodrom. Win or lose, though, this will be another great opportunity to spread our message of support for the PETA Cruelty Free Campaign and Cornerstone of Hope to the race fans in Russia.”

Weiland has been preparing for Sochi over the last several weeks. He was in Elkhart Lake, Wisconsin for testing at Road America earlier this month, and then at the GPX Labs in Miami learning his way around the virtual track at Sochi in anticipation of the trip. For behind-the-scenes coverage of the Ferrari Challenge in Russia throughout the weekend, follow @emsRaceTeam on Twitter and Facebook. Also be sure to visit EMS Race Team’s Vimeo Page for on-track video action after the race.