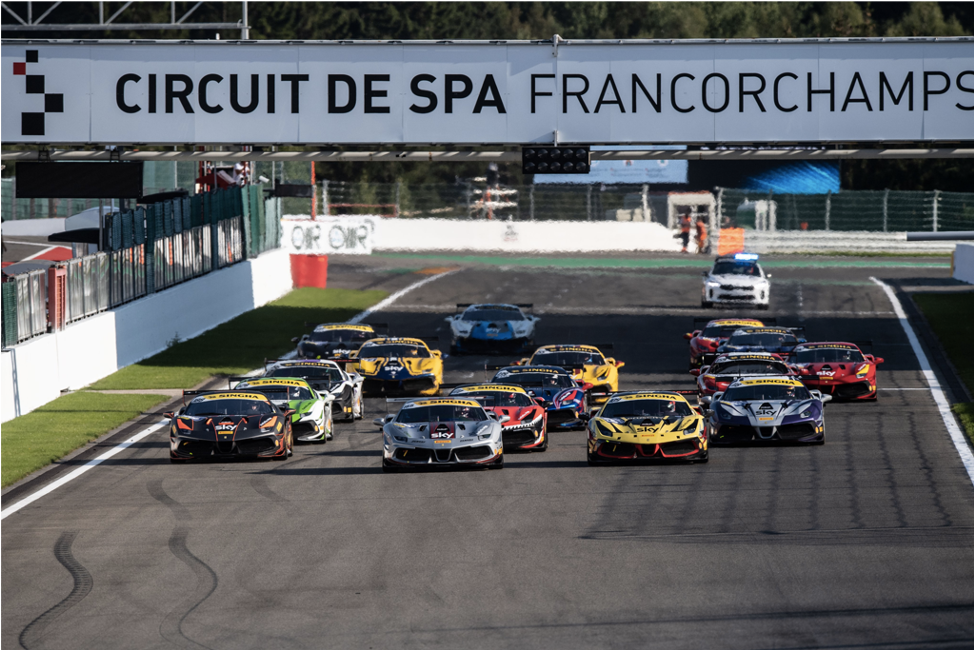 EMS Race Team reminded us during the Ferrari Challenge at Circuit de Spa-Francorchamps in Belgium that it’s not where you start the race it’s where you finish. Driver James Weiland and his team from Ferrari of San Francisco, R3 Motorsports and Rossocorsa started each race at Spa in sixth position. But despite that, Weiland would offer a flurry of highlights in combination with technically sound driving to eventually net a pair of podium finishes.

Following a P2 effort Saturday, ERIN the Electronic Merchant Systems Ferrari 488 Challenge Evo closed the weekend with a P3 on Sunday. Throughout the trip, ERIN consistently lined up her opportunities with precision and moved past the competition one car at a time while securing two more trophies. After earning a victory in Barcelona to open the 2020 campaign, EMS Race Team now has four podium finishes in four races so far this season.

“ERIN did it again,” Weiland said. “We rode her to the podium from our P6 start during each race and had a lot of fun racing with some very good guys. Special thanks to the Ferrari of San Francisco, R3 Motorsports and Rossocorsa team, especially David Cameron and Ray Banda along with coach Conrad Grunewald.”

During Race 1, Weiland earned “Move of the Day” honors from Ferrari Racing for executing a flawless pass. After lining up driver Ernst Kirchmayr who was running in P3, Weiland capitalized on a turn to move past the 109 car along the outside and never looked back. Later in the race he’d make a similar pass to help secure the second position overall after starting sixth. He’d later explain that the team dedicated their performance to the three charities they race to raise awareness for during the trip to Spa.

“We dedicated our race weekend in Belgium to PETA Cruelty Free, Coach Sam’s Inner Circle Foundation and Cornerstone of Hope,” Weiland added. “We just wanted to thank them for everything they do with a solid effort on the track and hopefully we were able to accomplish that in some small way.” 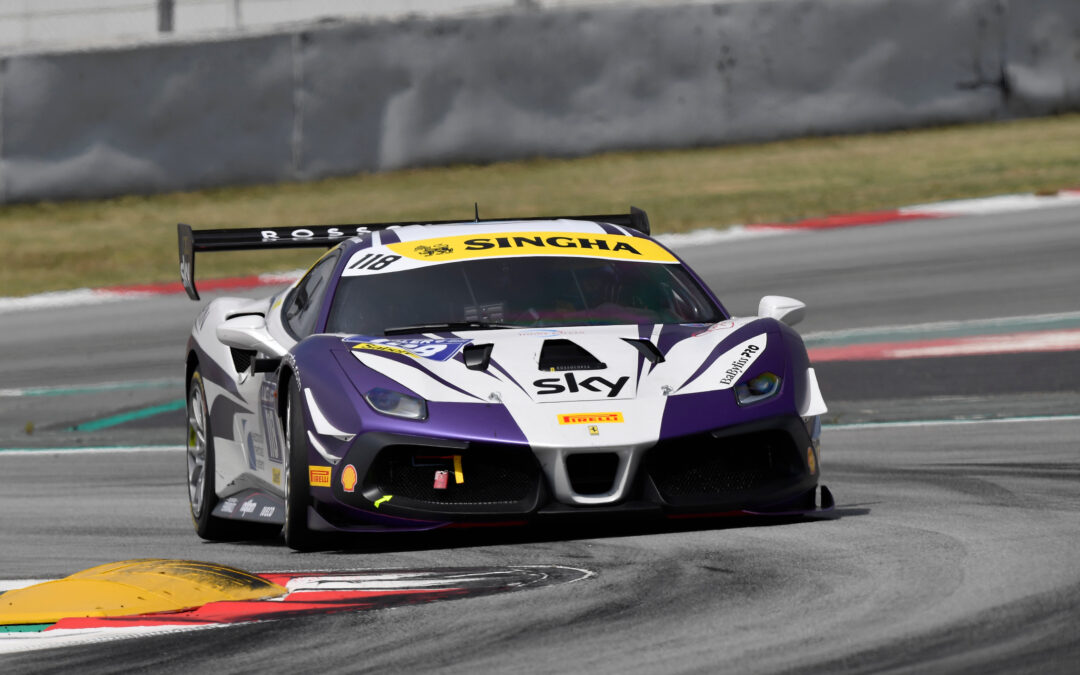 EMS Race Team Aiming for Another P1 Finish at Spa

After earning a victory in Barcelona to open the 2020 campaign, EMS Race Team will now be competing at Spa during the Ferrari Challenge in Belgium on September 11-13. Driver James Weiland and his team from Ferrari of San Francisco, R3 Motorsports and Rossocorsa will be returning to a track where they earned a P1 finish during the 2018 Ferrari Races while looking for a similar result this time. In pursuit of that podium, the team will once again race to raise awareness for PETA Cruelty Free, Coach Sam’s Inner Circle Foundation and Cornerstone of Hope.

Electronic Merchant Systems Race Team earned a pole position in the wet during their last trip to Spa and leveraged that start to a victory. The Circuit de Spa-Francorchamps is the famous host of the Formula One Belgian Grand Prix, the Spa 24 Hours, World Endurance Championships, and many other high-profile racing events along with the Ferrari Challenge. The historic track held its first ever race in 1922 and was used for Grand Prix racing for the first time in 1925. Early on, it quickly developed a reputation for being the fastest track in Europe.

“We’re looking forward to being back at Spa,” Weiland said. “It’s a challenging course but we’ve had great experiences there. Hopefully our team will have another memorable weekend.”

Last month, Weiland shared his experiences as a race car driver in a Ferrari Fast Lane article. He described his feelings and expectations during his eighth year in the Ferrari Challenge while looking forward to the rest of this season.

“It gets harder and harder every year,” Weiland told Ferrari Races in the article. “But I love this series – it’s fantastic. Plus I love the environment, the drivers are great people and I really feel at ease. I have fun, my family has fun, and the circuits are great. I simply love it.”

The charities that EMS Race Team races to raise awareness for starts with PETA, the largest animal rights organization in the world. Coach Sam’s Inner Circle Foundation is also represented on the car and their mission is to provide educational support to at risk children through a combination of literacy, personal development and health programs designed to develop the whole child. Cornerstone of Hope, meanwhile, is dedicated to providing support, education, and hope for the grieving.