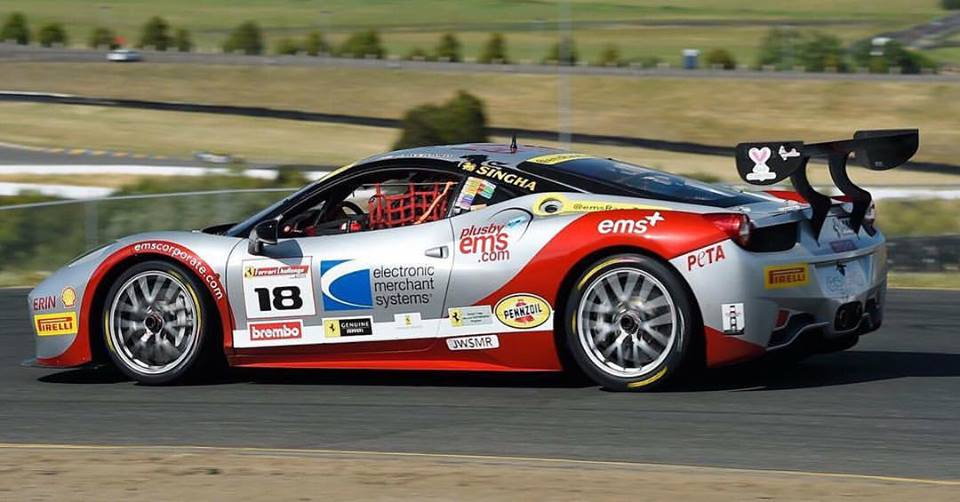 After racing in Canada, Hungary and France this season, EMS Race Team will return stateside on Labor Day Weekend to compete in the Pirelli World Challenge at Circuit of the Americas in Austin, Texas. The Grand Prix of Texas on September 1-3 will be the first Pirelli World Challenge event for driver James Weiland and his team from Boardwalk Ferrari. The last time Weiland competed at COTA was during the 2016 Ferrari Challenge when he earned a pair of first-place finishes in the Trofeo Pirelli AM class. This time, the Pirelli World Challenge event will feature an hour-long race with a driver change after 30 minutes. Weiland will be teamed up with Conrad Grunewald for a weekend of racing that expects to be a lot of fun for drivers and fans.

“Circuit of the Americas is one of our favorite tracks and we’re looking forward to competing in the Grand Prix of Texas,” Weiland said. “Racing in the Pirelli World Challenge will be a different experience for us this year, but we’ll remain focused on controlling what we can control and being as prepared as possible. Our goal as a team is to always put forth our best effort collectively, and that’s what we plan to do throughout the weekend. If we accomplish that goal, we’re always willing to accept the results.”

This will also be the first time that Weiland and company will be representing PETA Cruelty Free, Cornerstone of Hope and Coach Sam’s Inner Circle Foundation in Pirelli World Challenge competition. The race comes at a special time of year for Coach Sam’s, specifically, with the school year beginning for the Cleveland Metropolitan School District third graders the foundation serves. Coach Sam’s Inner Circle has expanded operations of its literacy program into two additional schools this year, and that’s a success story Weiland hopes to highlight during his trip to COTA.

“We’re dedicating the Pirelli World Challenge at Circuit of the Americas to Coach Sam’s Inner Circle Foundation because it’s a special time of year for the students they work with,” Weiland added. “We’re always proud to have the Coach Sam’s logo on our car, but with the school year getting underway it means even more. We’re hoping to raise awareness for the work they’ve done to prepare for another year and are proud of everything they continue to do for the community. Hopefully we can find a way to get onto the podium at COTA to salute their effort.”

Coach Sam’s Inner Circle Foundation’s mission is to provide educational support to at risk children through a combination of literacy, personal development and health and fitness programs designed to develop the whole child. For more on Coach Sam’s, Cornerstone of Hope and PETA Cruelty Free check out their websites. For behind the scenes coverage of the Pirelli World Challenge at Circuit of the Americas, follow along at EMS Race Team on Facebook, Twitter and Instagram.