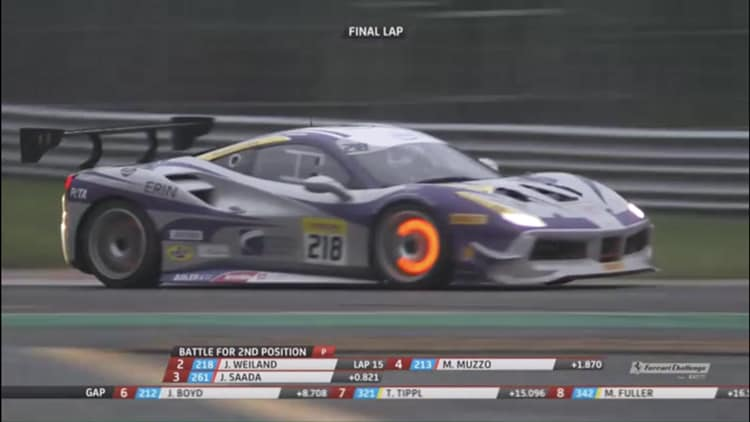 EMS Race Team arrived at the historic Autodromo Nazionale di Monza in Italy on November 1 for the Ferrari Challenge World Finals. By November 4, they had collected their seventh podium finish of the season while racing to raise awareness for PETA Cruelty Free, Coach Sam’s Inner Circle Foundation and Cornerstone of Hope in their eighth different country. On Saturday, driver James Weiland and the crew from Boardwalk Ferrari executed a technically sound race from wire-to-wire while charging late to secure a second-place finish in the season-ending celebration of the Ferrari Challenge in Italy. It proved to be a fitting end to a successful year of racing from start to finish. 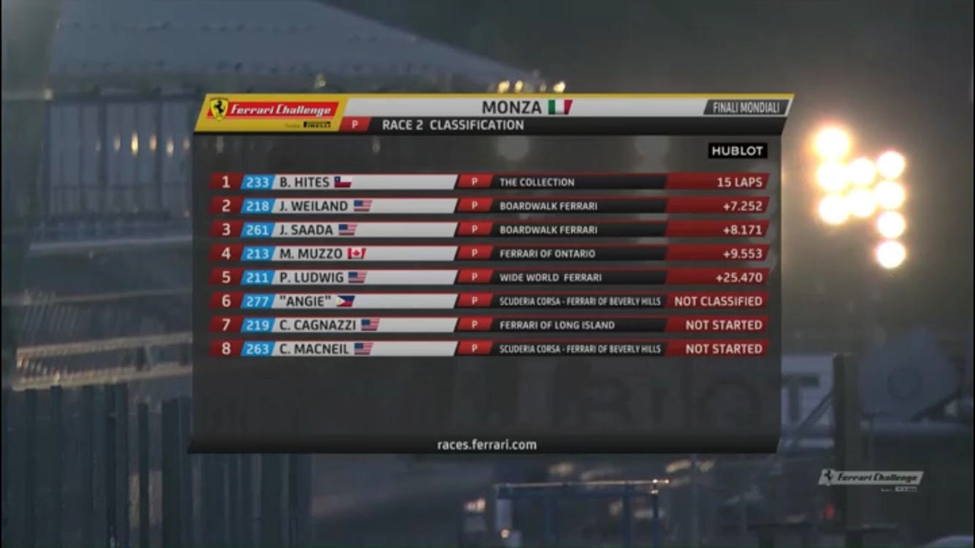 “Stepping onto the podium at Monza was a great way for our team to finish the racing season,” Weiland said. “The crew from Boardwalk Ferrari had ERIN dialed in all weekend and we were thrilled to be able to drive to her a second-place finish. I’m very proud of this team and can’t say enough about all the hard work that everyone put in throughout the year.”

ERIN the ems+ Ferrari 488 Challenge began the weekend by qualifying 6th of 30 in the Trofeo Pirelli pro class for Race 1 on Friday. After gaining a position at the start of Race 1, heavy rain began to fall near the midpoint of the 30-minute sprint. The track became quite treacherous on the slick tires Weiland began the race with, and ERIN pitted for rain tires on Lap 8 hoping to capitalize on the conditions. The Boardwalk Ferrari team gave Weiland and ERIN a quick stop and they rejoined 18th. Immediately, ERIN was much faster than the leaders and she picked off four cars in the next two laps. But then a crash brought out the red flag and the last third of the race finished behind the safety car in P14.

While Race 2 on Saturday broke ERIN’s way, the last event of the Ferrari World Finals on Sunday was cut drastically short for EMS. Despite a great start from ERIN, a competitor’s car spun out of control early and made significant contact with the ems+ Ferrari 488 Challenge ending her day. Thankfully, the driver walked away without a scratch despite the significant impact.

“We dedicated our podium finish to PETA Cruelty Free, Coach Sam’s Inner Circle Foundation and Cornerstone of Hope and it was an honor for our team to help raise awareness for those causes in Italy at the Ferrari Challenge World Finals,” Weiland said. “We’ve appreciated the support we’ve had from each foundation all season long and can’t wait to get back on the track with them next season to do it all over again.”