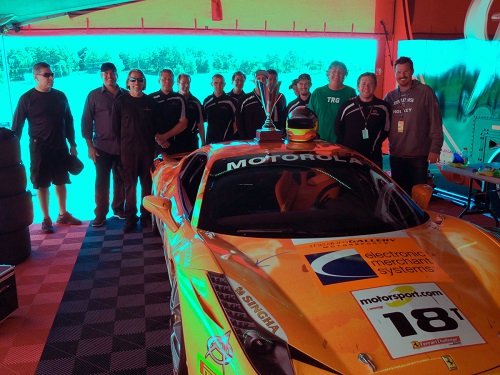 Racing to raise awareness for PETA and a number of other charitable organizations, EMS Racing recorded a 4th place and 2nd place finish this weekend at the Ferrari Challenge.

Below is an excerpt from Racers Drive recapping the action.

“Jim Weiland recovered from a serious crash on Friday at Mosport to bring his PETA supported Ferrari 458 Italia GT home in 4th and second place finishes in the Ferrari Challenge races at Mosport this past weekend.  A full report on the event can be viewed by going to the following link: Corse Clienti.”

To stay updated with EMS Racing, who will be back on the track next month to raise awareness for its charitable partners, be sure to follow @EMSraceteam. 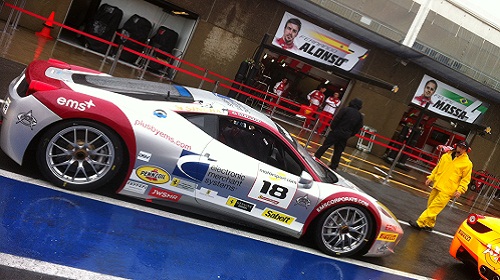 The EMS Car, driven by Chairman JW, features the EMS+ logo above each of the rear tires. It also features the EMS corporate logo, along with the charitable organizations that Electronic Merchant Systems is proud to support.

After starting the Sonoma Race in 14th position, the EMS car finished 5th overall. Despite a minor spin on lap seven, EMS racing used an inspirational pass on lap 16 to secure the top-five finish.

EMS Racing will be hitting the track next on June 9th in Montreal for the Ferrari Challenge. Stay tuned for details.