EMS Race Team turned in their best performance of the year at the Le Mans Ferrari Challenge in France. During what is considered the most important event of the season outside of the Finali Mondiali, driver James Weiland and his team from Boardwalk Ferrari / Ferrari of San Francisco collected a clean sweep. While racing to raise awareness for PETA Cruelty Free, Coach Sam’s Inner Circle Foundation and Cornerstone of Hope, Weiland and ERIN the ems+ Ferrari 488 Challenge earned pole position, a first-place finish and the fastest lap while competing in a support race for the 24 Hours of Le Mans.

“James Weiland took the top step of the podium in the second most important event of the season after the Finali Mondiali,” Ferrari.com wrote in their race recap. “The American of Rossocorsa finished ahead of a brilliant Fons Scheltema (Kessel Racing) and the Austrian Ernst Kirchmayr (Baron Motorsport), in a race where Tani Hanna (Formula Racing) and Thomas Tippl (Rossocorsa – Pellin Racing) were both competitive.”

The win was a total team effort from start to finish and Weiland was extremely grateful to everyone who contributed to the victory.

“There are so many people to thank and so much to say,” Weiland said following the race. “But for now, we are pleased to report that ERIN did what she does and we took home the victory. A clean start and initial lap was key as we avoided some carnage and then ERIN stretched our advantage to 18 seconds at the checkered flag. Pole, win, fast lap. Just a fantastic experience racing here and then to get this result definitely over the top.”

After earning pole position, Weiland was asked by reporters during a pre-race press conference what his strategy would be when he hit the track. After laughing and joking that he wished he had a strategy, the EMS Race Team driver offered the following.

“Just to get a good start,” Weiland said of his goals heading into the Le Mans Ferrari Challenge. “By a good start, I just mean keep it clean. Run some good laps, enjoy the weekend and hopefully finish where I start.”

Weiland was able to accomplish each of those goals. In doing so, he helped get the three charities he races to raise awareness for onto the podium in France in front of thousands of racing fans. That includes People for the Ethical Treatment of Animals (PETA) which is the largest animal rights organization in the world. Products proudly displaying the bunny logo are cruelty-free, meaning that they were produced without testing on animals. It also includes Coach Sam’s Inner Circle Foundation who is driven by a mission to provide educational support to at risk children through a combination of literacy, personal development and health and fitness programs designed to develop the whole child. Along with Cornerstone of Hope, who is dedicated to providing support, education, and hope for the grieving.

“It was great for us to be able to help raise awareness for PETA Cruelty Free, Coach Sam’s Inner Circle and Cornerstone of Hope with a win at Le Mans,” Weiland added. “Each time we take the track we’re just trying to make those tremendous groups of people proud in honor of everything they do for our communities. Hopefully we were able to do that during our trip to France.” 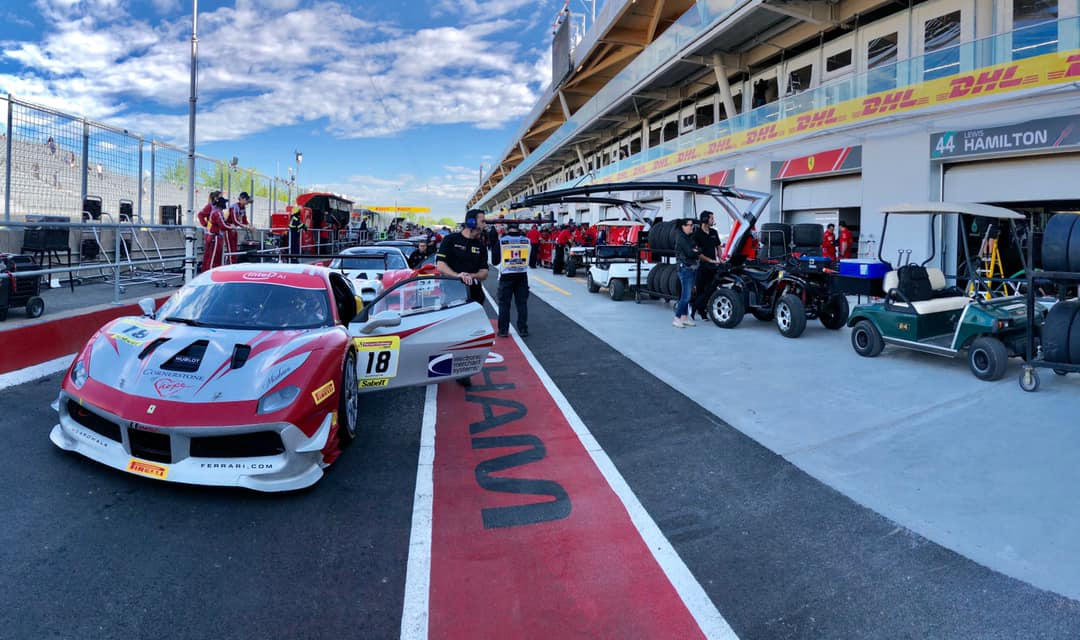